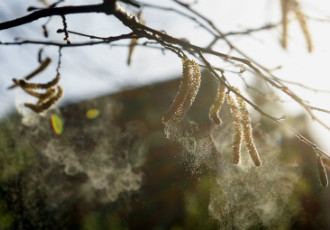 Allergy sufferers are now advised to begin taking their anti-allergy medication, with birch trees forecast to begin blooming ahead of schedule and winds set to carry airborne pollen from Sweden and Russia in the days to come.

In addition, birch trees in southern Estonia are forecast to begin blooming over the Easter weekend, says Annika Saarto, a university researcher at the Aerobiology Unit of the University of Turku.

The winds are expected to die down on Saturday, offering temporary relief to allergy sufferers.

Overall, weather over the Easter weekend is forecast to be relatively warm. Despite overcast skies, the mercury may already on Friday climb to over ten degrees Celsius. On Sunday and Monday, the temperatures are forecast to increase further.

“It's T-shirt weather in the south, as temperatures rise to close to 20 degrees. Whether or not the 20-degree mark will be pierced, we shall see on Monday at the latest,” Routala says.

For northern regions of Finland, the forecast is for more unsettled weather with scattered showers.

Thereon, the length of the pollen season will depend largely on the weather: fair weather with no winds would translate to a shorter allergy season, whereas rainy weather would see the catkins stay closed and thereby prolong the allergy season, explains Saarto.