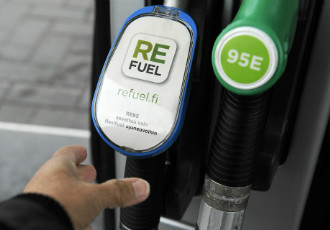 The emissions cut targets proposed by the European Commission in January would especially affect the Finnish transport sector, estimate the Technical Research Centre of Finland (VTT) and the Government Institute for Economic Research (VATT).

The European Commission proposes in its framework for climate and energy policy that greenhouse emissions be cut by 40 per cent by 2030.

Under the proposal, sectors incorporated in the Emissions Trading System of the European Union would have to reduce their emissions by 43 per cent and sectors outside the system – including housing, agriculture and transport – by 30 per cent in comparison to the emissions levels of 2005.

In Finland, cuts would be required in all sectors outside the Emissions Trading System, in particular in the transport sector, VTT and VATT view.

In effect, the goals would necessitate the renewal of the Finnish motor vehicle population, more decisive efforts to promote the transition to electric vehicles and a further increase in the use of biofuels.

“Preliminary calculations indicate that second-generation biofuels would be the most cost-effective way for Finland to reduce the greenhouse emissions from transport. Thereby, the share of biomass-derived fuels in road transport would increase to nearly 40 per cent by 2030,” VTT and VATT estimate.

The European Union has decided to gradually increase its biofuel distribution obligation from the current 6 per cent to 20 per cent by 2020.

Both research institutes acknowledge that the proposed reduction in greenhouse emissions would considerably increase the costs incurred in the Finnish energy sector.