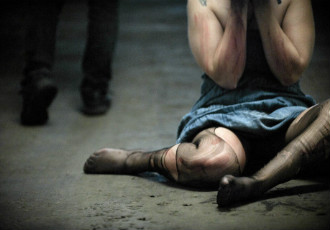 The suspect in an increasing number of sex offences investigated in Finland is under the age of 18. Last year, the suspect in 61 investigations into alleged cases of rape or coercion into sexual intercourse was 15—17 years old.

In 16 such investigations, the suspect was under the age of 15, indicates information obtained by Helsingin Sanomat from the Police College of Finland.

Investigations into rapes allegedly committed by adolescent offenders have increased relatively steadily since 2000, when the suspect in 24 rape investigations was 15—17 years old and in 8 investigations under the age of 15.

Ritva Elomaa, the chief of the violent crime unit at the Helsinki Police Department, reminds that sex crime allegations against minors nevertheless remain rare in Helsinki. “Over the past five years, I have personally only come across a few,” she says.

In fact, the increase in reported rape allegations is not limited to young people. Whereas the police received 413 reports of rape in 2000, by 2013 the number of reports had increased to 736, after peaking at 844 a year earlier.

An increase in the number of rape allegations investigated, Elomaa points out, does not necessarily imply that the incidence of rape has actually increased. “In fact, victim studies suggest that the number of offences has stayed roughly unchanged. For aggravated offences, it may have even declined.”

Instead, she estimates that the increase could be an indication of a lower threshold to file a criminal complaint. “It's definitely positive that people inform us if they believe they have been the victim of a crime. Thereon, it's our duty to investigate whether or not the case meets the elements of an offence.”

Helsingin Sanomat on Thursday reported that the District Court of Helsinki has sentenced a 15-year-old boy to a suspended prison term of one year and ten months as well as a fine of 360 euros for the rape of a 14-year-old girl in a Helsinki park.