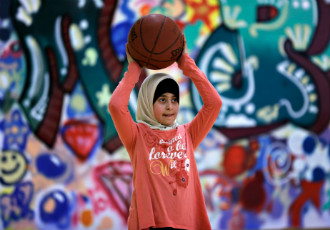 Although the most expensive sports hobbies can cost thousands of euros per year, there is a wide variety of low-cost and free sporting activities available for children and young people in Helsinki. As the costs of children's hobbies have crept up over the past decade, several sports clubs have begun organising sporting activities at schools, thus being eligible for city funding and reducing the costs incurred by parents.

Helsingin Sanomat wrote last week about a study indicating that children's sports hobbies can cost parents both money and time.

In Helsinki, already thousands of children and young people participate in sporting activities organised at schools, estimates Tarja Loikkanen, a director at the Helsinki Sports Department. “The demand has been strong,” she says.

The city realised a few years ago that an increasing number of children are being left out from the activities organised by sports clubs, widely due to the high associated costs. “If you have several children, the possibilities are limited even for middle-income families,” Loikkanen acknowledges.

Helsinki consequently began organising free sporting activities for school-aged children in school facilities. In effect, the activities are supervised by sports clubs while the city is responsible for co-ordination and funding.

Recently, such activities have also been extended to pupils in their early teens.

09 Helsinki Human Rights, one of the city's partners, organises basketball and street dance activities for children and young people in eastern and northern Helsinki. With the funding provided by the city and the Finnish Slot Machine Association (RAY), the activities are open for everyone and free for children.

Antti Olkinuora, an executive manager at the foundation, confirms that the activities organised by sports clubs are beyond the reach of several families. “We work to prevent social alienation,” he summarises.