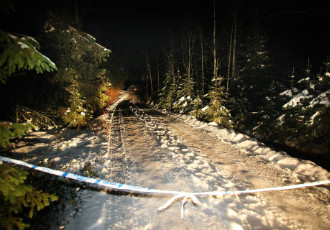 More homicides are committed in Finland per capita than in most other Western European countries, indicates a recent report by the United Nations Office on Drugs and Crime. The report shows that 1.6 murders, manslaughters or killings took place in Finland in 2012 for every 100,000 citizens.

The most recent statistics from Norway date back to 2011, when in comparison to long-term averages a four-fold number of homicides was recorded due to the massacre of 77 people on the island of Utøya.

Excluding war and conflict-related killings, the most homicides per capita in the world were committed in Central and South America. In Honduras, as many as 90.4 homicides and in Venezuela 53.7 homicides were committed for every 100,000 citizens in 2012.

One of the safest countries in light of the statistics is the minuscule Lichtenstein, where only three homicides have occurred this millennium, translating to an annual average of 0.6 homicides per 100,000 citizens.