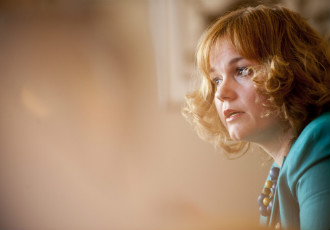 Krista Kiuru (SDP), the Minister of Education, Science and Communications, has welcomed the decision by the Court of Justice of the European Union (CURIA) to prohibit telecommunications service providers from retaining subscriber data. Finns' confidence in the secrecy of correspondence, she underlines, has always been strong.

“Naturally, we must clean out the paragraphs enacted due to the directive. We will gladly adhere to this decision,” Kiuru comments.

The CURIA on Tuesday stated that the Data Retention Directive, adopted in 2006, interferes in a “particularly serious manner with the fundamental rights to respect for private life and to the protection of personal data”. Such data indicate with whom subscribers have communicated and where such communications have taken place.

“Those data, taken as a whole, may provide very precise information on the private lives of the persons whose data are retained, such as the habits of everyday life, permanent or temporary places of residence, daily or other movements, activities carried out, social relationships and the social environments frequented,” the CURIA explains.

In addition, the fact that no prior notice is required for the retention of the data, subscribers may at present feel that their private lives are under constant surveillance, the court highlights.

Tuomas Ojanen, a professor of constitutional law at the University of Helsinki, agrees, pointing out that European courts have seldom deemed a prior EU statute invalid on grounds of violations of fundamental and human rights.

“This demonstrates that not everything is acceptable with respect to fundamental rights, not even in matters as significant as combating and preventing terrorism and serious crime.”

For Finland, Ojanen adds, the ruling is an apt reminder that the rights should be taken into account in similar legislative projects. “Finland has for its part been needlessly eager to advocate such projects,” he says.

In addition, the ruling may have an impact on other legislative projects, such as the ongoing preparatory work on the online surveillance law. “The decision is a fateful statement by a court of justice that the unlimited mass processing, retention and surveillance of the communications of people is not acceptable with respect to fundamental and human rights – even for an acceptable reason. A noble or important end does not justify the means,” interprets Ojanen.