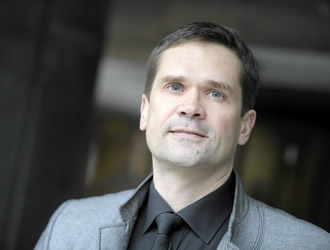 Finnbay’s activities have similarities to information operations, which aim to stir and confuse public debate, says Mika Aaltola, a researcher at the Finnish Institute of International Affairs.

Last Saturday, the English-language news service Finnbay published an article claiming that Finland would continue collaboration with Russia, regardless of the stance of the United States and the EU. The Finnish ambassador in Russia, who dubbed the website a “fake news site”, was threatened with a court case by Finnbay.

“Typically an information operation’s strategy involves establishing a cover activity that is not too transparent. The idea is to pass communication that aims to nudge public debate to the desired direction amid true information,” explains Aaltola.

In this case, Aaltola says the desired direction is to cause confusion in the public debate.

“The news will keep circulating, whether true or not. The idea is to give an impression that Finland is in a conflicting situation and turning to Russia for support. At the same time, the threat posed by Russia is mentioned, creating a picture that Finns are feeling confused.”

Aaltola uses the US and Israel as examples of countries who use carefully considered formulations and wording in their information operations, which can make it difficult to figure out the source of the misinformation.

“The operations are multi-layered making it difficult to find who provides the funding.”

Ilta-Sanomat, Helsingin Sanomat and Yleisradio all published reports on Finnbay’s activities yesterday after which the news service announced on their website that they do not have a Finnish business ID because the organisation is run by volunteers and its turnover does not exceed the allowed limit. Finnbay also claimed that Yle published “racist content”.

“White-washing is part of the normal operation model. It would not be surprising if they published something sensational tomorrow as a distraction,” says Aaltola.

On its website, Finnbay gives the idea that it publishes a newpaper called Helsinki Novosti, which has been granted funding by an association supporting Russian citizens living outside Russia, according to information received by Helsingin Sanomat. The association was founded by the Russian Ministry for Foreign Affairs and Rossotrudnitshestvo, an advocacy agency for Russians abroad. Helsingin Sanomat did not yet have further information on the link between Finnbay and Helsinki Novosti.

“Information operations typically involve several operators,” says Aaltola. “The website is just one part of the operation. Often some the parties involved are funded by associations, and some of those involved are just ‘useful idiots’ who disseminate the information. Intelligence services can also be directly involved.”