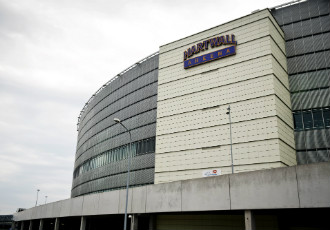 Preparations for the concerts of American pop-stars Miley Cyrus and Justin Timberlake at Helsinki's Hartwall Arena continue as usual regardless of the sanctions imposed against Russia by the United States, Kimmo Kivisilta, the CEO at Hartwall Arena, says.

The fate of the concerts has been clouded in doubt since the billionaire owners of the arena – Gennady Timchenko, Arkady Rotenberg and Boris Rotenberg – were added onto the United States' sanctions list due to their close ties with Russian President Vladimir Putin.

In his reply to an inquiry by Helsingin Sanomat, Kivisilta points out that Roman Rotenberg, the son of Boris Rotenberg, asserts in a recent interview with Financial Times that preparations for the concerts continue as usual. “Why should Finns suffer due to US sanctions? The concerts have been sold out,” Rotenberg tells Financial Times.

Nevertheless, the economic sanctions against Russia may prove an obstacle to the co-operation of Live Nation, an American events agency, and the Russian-owned venue. The situation is being examined by the promoter in collaboration with American lawyers, Nina Castrén, the CEO of Live Nation Finland, says.

“So many unclear issues remain that we are not yet looking for an alternative venue for the concerts but will first look at the situation of Hartwall Arena,” she says.

The legal counsels of the promoter have asked US officials for more details on the sanctions for a report they are currently drafting.

In theory, however, the economic sanctions could jeopardise the concerts of all American artists scheduled to play at the Hartwall Arena.

“We are currently looking into who and what companies are indeed American,” Castrén tells. “That is not straightforward in all cases.”

Anthony Woolich, a partner at a London-based law firm, views in an interview with Financial Times that the sanctions effectively inhibit Live Nation from making any payments to Hartwall Arena. “The legality of Live Nation's partnership with Hartwall would probably depend on whether or not all the financial transactions involved had taken place before the sanctions list was released,” Financial Times writes.

According to the conditions of the sanctions, the promoter would require a special dispensation from the United States Department of Treasury for any additional transactions.

Justin Timberlake is scheduled to perform in Helsinki on 12 May and Miley Cyrus on 1 June.