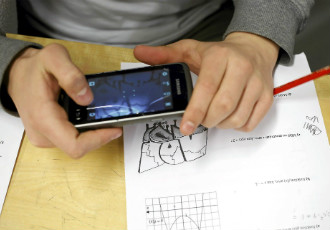 Fifteen-year-old Finns are among the best in Europe in solving problems, suggests the first ever Pisa assessment of creative problem-solving. Unlike the traditional Pisa tests in mathematics, reading and natural sciences, the problem-solving tests, taken as part of the 2012 Pisa assessment, were computer-based.

Overall, Finnish pupils ranked 9th among the 44 participating countries in problem-solving as Singapore, South Korea and Japan made up the top three and other Asian countries followed.

According to the assessment, Finnish pupils are persistent and open-minded.

“The new results indicate that the skill levels remain good,” gauges Tommi Karjalainen, a senior advisor at the Ministry of Education and Culture.

Published in December, the results of the traditional Pisa tests were a bitter pill to swallow for Finns, indicating that the skills of 15-year-old Finnish pupils have eroded in all of the three main categories.

In Finland, Karjalainen points out, the educational and socio-economic background of the pupils' parents did not prove as decisive as elsewhere in the world in the problem-solving tests.

To an extent, Karjalainen admits, the gap may be attributable to inadequate language skills. A more thorough assessment of the below-average school performance of immigrant pupils will be published shortly in Finland.

On an average, boys outperformed girls in the problem-solving tests in all but one of the participating countries – Finland, where girls beat boys emphatically.

A total of 311 Finnish schools and 3,685 pupils, 469 of whom were of an immigrant background, took the Pisa tests in Finland.