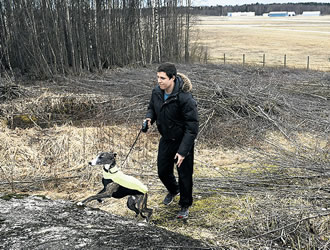 Area to be transformed into housing for up to 30,000 people.

Malmi Airport, used by light aircrafts , will be closed down in 2016 to make way for new houses. According to information received by Helsingin Sanomat, the decision was made in the framework budget talks last week. The City of Helsinki designs for the area have ballooned, with the latest plans containing new housing for 20,000 to 30,000 people. The earlier plans of building a new residential area with 10,000 residents are not adequate in view of the need for new houses, according to city planners.

"We will push hard to make this a town-like area. The goal is to create an urban garden town," says Crista Toivola, an architect at the City Planning Department.

The future of the Malmi Airport has been one of the longest running building disputes in Helsinki. The state is now giving up its ownership in the airport while Helsinki is drawing up a new urban plan that also applies to Malmi.

Broadly speaking, city authorities and most politicians are in favour of constructing new houses in the area, while aviation enthusiasts and businesses, along with a high number of local residents, are against the building plans. Of the political parties, mainly the National Coalition Party has backed the supporters of the airport.

Nature conservational issues are one of the concerns, as while the actual airstrip is concrete, the surroundings are woodlands that have been left unbuilt, with a 5 km recreational path running around the airport.

A number of attractions

Even before trees have started sprouting their leaves, the area attracts walkers.

"The area is covered in anemones on Mother's Day," exclaims Joonas Eklund, who is in favour of saving the airport.

"Rather the airport than rental housing," he says.

Jaana Huuhtanen is enjoying the view while making use of the exercise equipment by the track.

For her, the closing down of the airport has only cons with the local services being adequate for her as they are.

"Just pack a picnic with you and that's it," she comments, pointing at a nearby picnic table.

The biggest losers, however, will be the amateur aviators in the Capital Region.

"Malmi Airport is the only airport for light aircrafts in the Capital Region," explains Timo Hyvönen, the chair of a local airport advocacy association.

The nearest airports that can be used by amateur pilots instead of Malmi are in Nummela and Hyvinkää.

Other air traffic organisations and companies operating at the Malmi Airport would transfer to smaller state-owned airports or close down their operations.

According to Finavia, responsible for running the airports, there is no shortage of space with most of the airports having capacity to double their volume of air traffic.

Regardless of their future location, the Border Guard will need more space in 2016 when they obtain their new Super Puma helicopters.

The plans to build 10,000 new houses in the area were thwarted in 2006, when the Supreme Administrative Court ruled that Helsinki's Mayor, Jussi Pajunen, had a conflict of interest when decisions were made on the urban plan for the area.