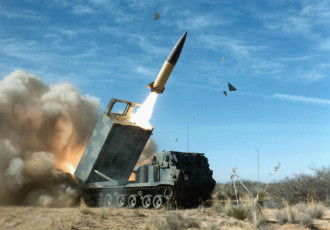 Finland has announced that it will not carry out the planned acquisition of tactical missiles from the United States for roughly one hundred million euros. Manufactured by Lockheed Martin, the army tactical missile system (ATacMS) missiles are surface-to-surface missiles fired from launchers.

The missiles have a range of up to 300 kilometres.

“The project has been put on hold due to budgetary reasons, due to high unit price. It's a very expensive and relatively old system. We must now evaluate our entire materiel development,” says Arto Koski, a commercial counsellor at the Materiel Command of the Finnish Defence Forces.

“In the years to come, we'll explore other, more affordable ways of obtaining long-range capabilities.”

Finland, Koski underlines, remains determined to maintain its long-range capability. “We'll re-consider this in the years to come. Hopefully, more modern and affordable solutions can be found. We know of alternatives that would fulfil the same technological need,” he says.

The Ministry of Defence wrangled over the acquisition with the United States for 18 months, having been granted a congressional permit to purchase a maximum of 70 tactical missiles in mid-2012. The project received considerable media attention, after the initial application for a permit was withdrawn from the US Congress due to a misprint.

A source at the Pentagon has told Helsingin Sanomat that the mistake was made in the United States.

The Finnish Defence Forces views that the tactical missiles would become an integral part of Finland's defence capability, which has been developed systematically on the basis of a capability study conducted in 2004. The study indicates that the most crucial weapons systems for the country's defence are heavy missile launchers, air-to-surface missiles and special ammunition.

A green light has already been granted for the acquisition of air-to-surface missiles for the Finnish Hornet fleet and special ammunition.

The Ministry of Defence revealed recently that Finland decided two years ago to acquire joint air-to-surface stand-off missiles (JASSM) for its Hornet fleet.

In addition, the country has prepared for the acquisition of the ATacMS by acquiring in 2006 heavy multiple rocket launchers from the Netherlands for 45 million euros. The Ministry of Defence has since spent 40 million euros to ensure that the launchers are compatible with the ATacMS missiles.

The system of roughly 100 vehicles and 22 launch pads has consequently thus far been only used to fire practice rockets and mines.