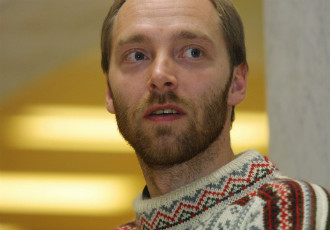 Curiosity and professional development were the most common explanations cited by police officers in defence of snooping into the death of cross-country great Mika Myllylä. Roughly half of the convicted officers admitted that they had no legitimate grounds to search for the details.

Altogether, district courts across Finland convicted 72 people for searching for details about the six-time Olympic medallist from a police database following his death in the summer of 2011.

The maximum penalty handed down to the defendants, who were found guilty of data protection offences and violations of official duty, was a 15-day fine. In 13 cases, the defendants were acquitted of charges.

Jukka Haavisto, the lead prosecutor in the case, points out that acquittals were handed down particularly in Myllylä's home region – in Central Finland and North Ostrobothnia. “The further geographically the people who accessed the information were based, the less grounds they were deemed to have to access the information,” Haavisto notes.

In their defence, several officers also argued that details pertaining to the death of Myllylä should have been made secret to prevent snooping. Similarly to the courts, Haavisto rejects the argument, pointing out that making every case secret would hinder police operations. “You wouldn't be able to access the information even if you had a job-related reason to do so,” he reminds.

The defendants, the district courts concluded, should have recognised that the database is only to be used for carrying out official duties. “The regulations in question are not particularly ambiguous,” highlighted the District Court of Helsinki.

In addition, the courts pointed out that the activities of the officers may have eroded the public's confidence in the lawfulness and appropriateness of authorities.

No evidence to indicate that the details were also shared with people unaffiliated with the police was discovered in the pre-trial investigation.

The majority of the verdicts will enter into force, with only a handful of appeals having been filed.