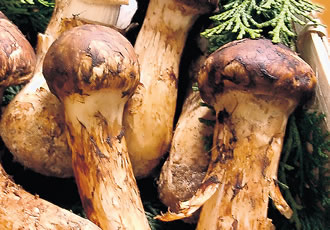 JUNIPER will be teamed up with beef in a pressure cooker when a Finnish chef competes for the title of the best cook in France in January.

“Food from the wild is our theme this year,” explains Mika Palonen, the 36-year-old chef travelling to France for the international Bocuse d’Or contest. Juniper was what first popped up in Palonen’s mind when he started thinking of ideas on how to cook the beef for the competition meal. Besides juniper, Finnish ceps, among other ingredients will add some extra flavour to the meat.

According to Palonen, wild herbs and flowers are all the rage abroad, so much so that a top restaurant in France has started a vegetable garden to grow them for its own use.

“I believe that there could also be demand for Finnish herbs.”

Palonen believes that a lot more could be done to market Finnish wild mushrooms. One such mushroom, matsutake, or pine mushroom, has become a sought-after ingredient in Japanese cuisine.

There is a growing demand for wild food, according to ELO-Foundation for the Promotion of Finnish Food Culture.

“The prospects for Finnish wild food as an export product are difficult to predict. With the current prices per kilo, there is no profit in it,” says Sari Mattila, Executive Director of ELO.

As wild food, Mattila lists unprocessed ingredients growing uncultivated, such as game, fish, berries, mushrooms, conifers and herbs. Herbs that she finds well suited for culinary use include rosebay willowherb, yarrow, silver birch leaves, nettle and dandelion, but even Finns have forgotten the art of using these plants for cooking.

“In Finland, flavours are unique because of our four seasons,” says Mattila.

She believes the knowledge that past generations had of wild herbs deserves to be revived.

“Our parents and their parents were a lot smarter than us in these matters.” 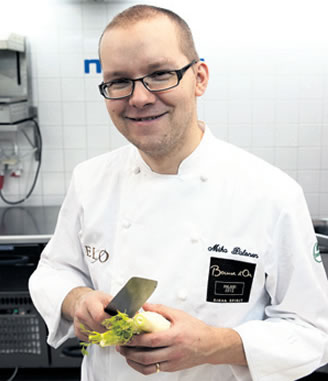 Finns can only market wild food internationally if they gain a wider knowledge on it themselves. According to Mattila, both logistics and marketing strategies should be developed, but on top of these, there is a call for new professionals with know-how of wild food.