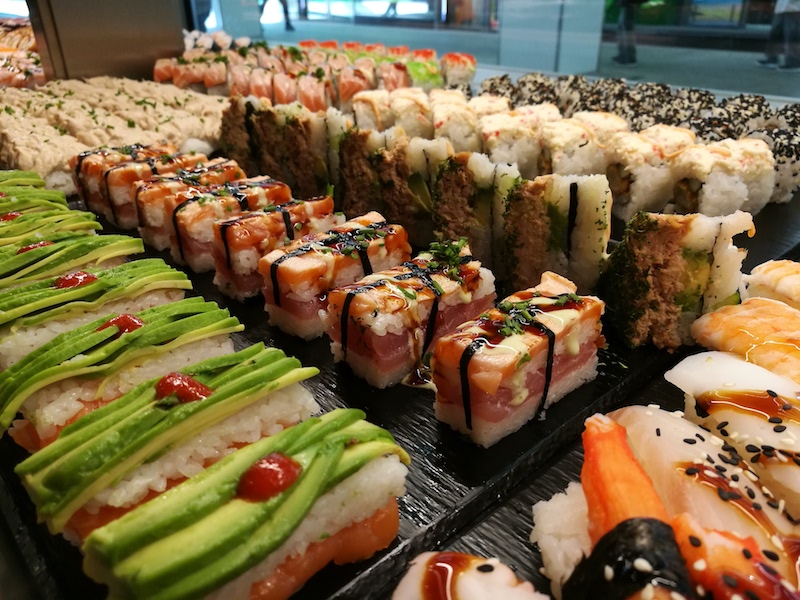 THERE IS no question, that sushi has taken hold in Finland, and especially in Helsinki. But things were a bit different back in 2015 when the first Luckiefun’s restaurant opened in Sörnäinen. Fast forward to February 2018, Luckiefun’s sushi buffet can now be found at three locations in Helsinki and at one in Vantaa.

The restaurant at Fredrikinkatu 49 in Helsinki’s centre is just about a year old by now. It looks modern and seems to follow the clean lines of Scandinavian design, incorporating a lot of wooden elements that add warmth to the room, while the aquarium adds to a pleasant atmosphere.

The very popular window booths with their comfy benches are perfect for a more private moment, slightly elevated above the main dining area where solo diners, as well as larger groups, find enough space.

The restaurant seems to be popular even on a cold and dark February evening which certainly isn’t the high season for sushi as Luckiefun’s founder Luckie Bao tells me over the background sounds of kids enjoying their maybe first sushi experience.

Bao then is also quick to point out that Luckiefun’s restaurants are very family friendly, the Fredrikinkatu one, for example, offers enough space between the tables to get a pram through (and for the kids to even run around a bit) as well as a changing table in the bathroom. The family is a key aspect of the Luckiefun’s restaurants anyway: Bao’s mother started the family’s first restaurant in 1996 when she opened one of the first Chinese buffets in Helsinki at the time: Hong Fu in Sörnäinen. A decade later, Bao took over and opened Luckiefun’s at the same location, including family also in the new name which is a combination of his and his wife’s English first names.

Asked why he decided to open a sushi buffet restaurant, Bao says that “I love sushi myself and in 2015 there were not that many sushi buffets around, so I developed this concept.” Luckiefun’s offers all that your sushi buffet heart might desire: A fresh and varied selection of sushi including various salmon options that are a customer favorite, as Bao points out, as well as soup and a selection of warm dishes from chicken satay to noodles with tofu and veggies. And if you still have room for more after all this, there is fruit, cake, tea and coffee to round off the dining experience. 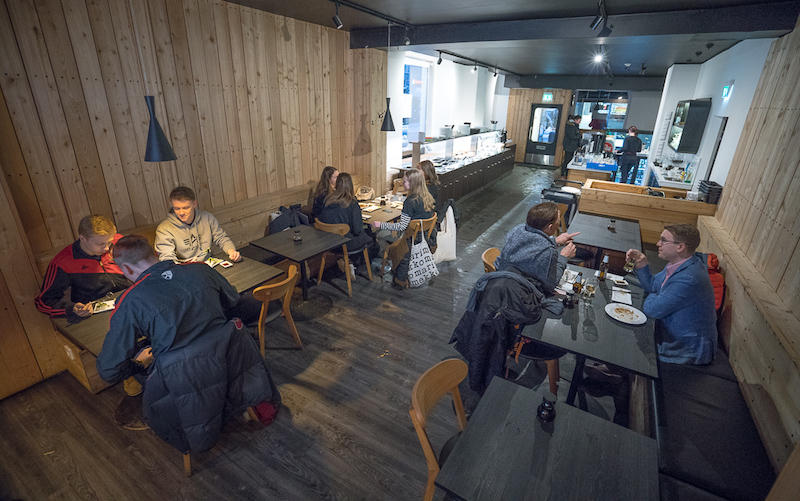 Not all Luckiefun’s are the same: At Kaivokatu, you will find a larger sushi selection than in any of the other locations, and the one in Sörnäinen offers more vegan options. Prices and opening hours vary depending on the restaurant. Weekday lunch buffet (10.30-17.00) prices range from 10 to 12,90€ depending if you choose the option with or without sushi, and the evening buffet (from 17.00 on) starts at 14€. You will also see new Luckiefun’s locations pop up in Espoo, Kerava, Tampere and Turku in the coming months – check the website for all information concerning opening hours, pricing and the new restaurants: www.luckiefun.com