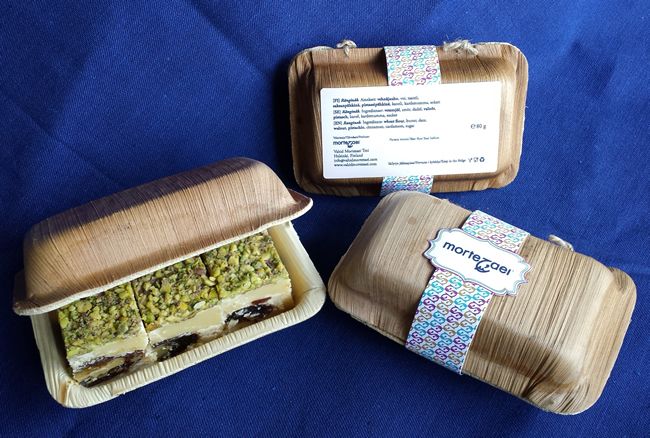 Only a few of us residing in Finland have heard of Zanjan, a city of nearly 400 000 inhabitants in the northwest of Iran. The image we attach to it has little to do with reality -a rich heritage of astonishing handcrafts and an incredibly tasty cuisine. Too often the scandal-oriented media shapes our worlds and defines people’s destinies. Vahid Mortezaei, a Zanjan-origin food designer residing in Helsinki, knows that it takes colossal amounts of courage and determination to break these stereotypes.

“When I came to live to Finland five years ago, I preferred to not to mention my nationality”, tells Vahid Mortezaei, a 36-year old food designer. “I remember several conversations which ended immediately once I reveled that I am from Iran. The images people relate to our country are terrorism and nuclear weapons. And nobody wants to order catering from a terrorist”, he summarizes. 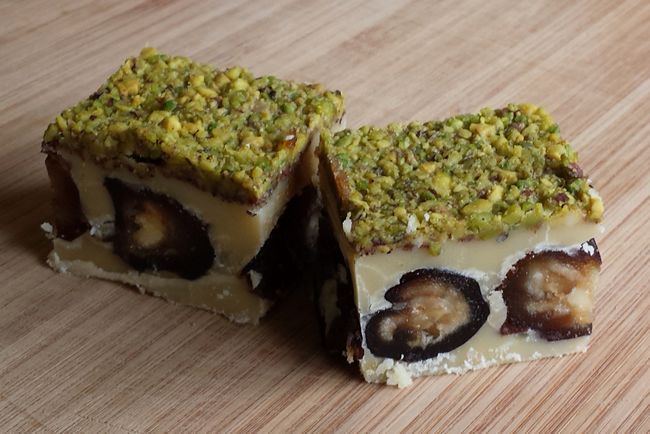 When the former U.S. President George W. Bush used the term "axis of evil" in his State of the Union Address on January 29, 2002, he put a label on the forehead of nearly 80 million people. The “Iranophobia” that echoed in the global media, constructed a discursive link between Iran, terrorism and nuclear weapons that still lives today.

The recent nuclear agreement and the consequent lifting of the sanctions that have colored the lives of millions of Iranians through decades bring relief to the daily lives of Iranians in Iran, but millions of Iranians still live abroad. Many of them try to escape the negative image related to their national identity by introducing themselves as Persians -a term reflecting the greatness of the Persian empire.

According to the estimates, about 4-5 million Iranians live outside of their own country. The Statistics Finland’s report shows that in 2014 there were close to 7000 Iranians residing in Finland. 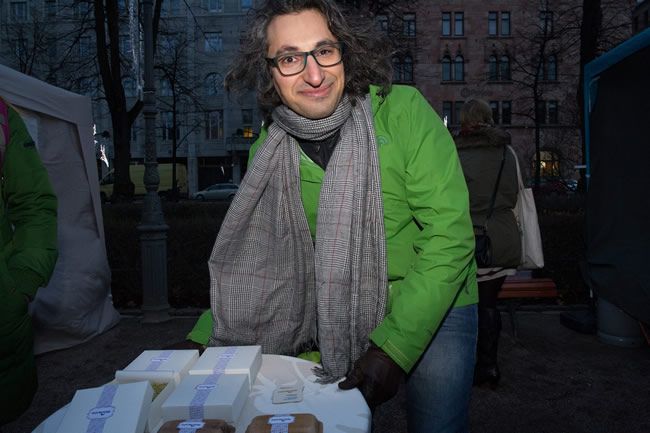 For Vahid Finland is the land of opportunities.

“I have done many things. In Iran, I worked as a mining engineer only to realize that it was not the way I wanted to spend my life. I decided to study graphic design, which took me first to Turkey and then brought me to Helsinki, Aalto University. In Finland I realized that as a visual communication designer I can change the image many people have of Iran.”

“In Iran we have a very rich cuisine, which is full of potential. I decided to combine my knowledge on design and my passion for food and turn this into a business. This is how Vahid Mortezaei Studio ky was born”, tells Vahid.

”I believe in the power of food as a tool for change. It can be used to promote environmental consciousness as well as social well-being and tolerance in the increasingly multicultural Finnish society”, explains Vahid.

The services provided by Vahid Mortezaei Studio ky are unique in the Finnish market. “The combination of traditional elements from the Iranian cuisine with a modern design has not been seen anywhere before. Developing the business needs creativity and good contacts. If there were more resources, we could carry out research on the customers' behavior in relation to the products. This could provide a platform for more product development and an opportunity for the business to grow more competitive in the market. If we had a professionally equipped kitchen, we would not have to say “no” to any of our catering clients. We recently launched a crowdfunding campaign for making this possible. The campaign carries the name of a traditional Iranian delicacy, ränginäk”.

The arctic circle has provided an opportunity to create a more positive image of Iran.

“Three years ago when I baked ränginäk for the first time for my Finnish colleagues, I could not imagine that it would become a turning point in my life. It has been by far the most popular product of our company and we have sold thousands of ränginäks in different occasions in Finland. Ränginäk has shown that building cultural bridges through food design is possible.”

“I have a dream. I want to make Iranian cuisine globally well-known”, Vahid states. Nearly 4000 kilometers away from Zanjan he is already on his way.