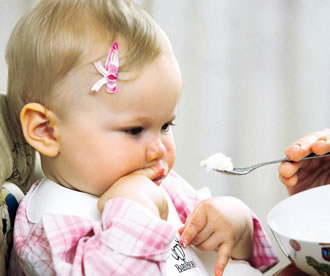 After widespread media reports in recent months on the harmful effects of sugar and fructose, many parents with small children have expressed concern over the high sugar content of some baby foods. Fructose added to the Finnish Piltti pureed fruit for small children sparked surprised and worried comments.

"I don't consider this to be a real problem," says Arja Lyytikäinen, the secretary general of the National Nutrition Council.

"Fructose is naturally found in fruit and berries. It doesn't matter whether the child gets it added to the food or directly from fruit."

Nestlé, the manufacturer of the Piltti range, says that fructose is added to baby food to sweeten the flavour, which becomes bitter during the heat treatment. Without the added fructose, children may easily find the taste unpalatable, particularly as fruit and berries are also naturally acidic in flavour.

"It's part of our food culture to add very little sugar to dishes made of fruit and berries. I don't consider this a problem in regard to children," says Lyytikäinen, adding that children's food manufacturers have recently reduced the sugar content of their products and included sugar-free options in their selection.

The expert understands parents' concern over the extra sugar in baby food possibly influencing the development of the child's dietary preferences, as studies have shown that children who get used to sweet foods when small, continue to love sugary treats as teenagers.

Lyytikäinen says that the risk can be minimised by offering children a balanced diet, with sweet purees forming only part of it. She recommends also giving foods that are not sweet to get the child used to bitter flavours. 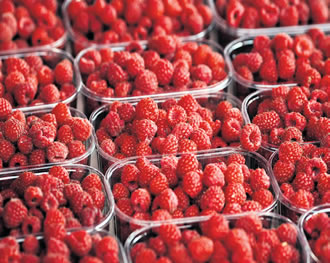 From six months onwards, the child can be offered seasonal basic ingredients.

"Now would be an ideal time to offer children Finnish apples and lingonberries."

Lyytikäinen recommends that parents crush lingonberries and mix them with porridge or serve them as finger food.

Lyytikäinen, who has led courses on babies' nutrition, explains that while one child may take an instant liking to lingonberries, it may bring a grimace on another child's face.

"A grimace as an initial reaction does not mean that parents should not persevere as this is just the first response to the bitter taste. If the second try causes the same reaction, I would add a little sugar to the berries to see if this helps."

Food given to children is not only about nutrition, Lyytikäinen emphasises.

"It's also about getting them to know the family's food culture. It's important that children have the opportunity to try different foods.

Parents may have their own habits and likings, but with a child you can venture into new worlds of flavour."

According to Lyytikäinen, people often regard it as important that children's diet is rich in certain foods.

"But that does not have to be the yardstick of a good diet. You can make a smiley face of a few lingonberries on top of the porridge. The child will find it fun, while getting to know lingonberry as a flavour."