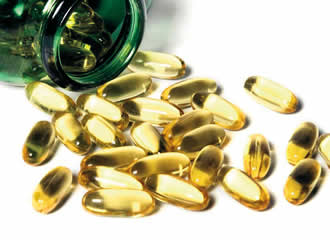 FISH is good for the heart, even if researchers do not know the mechanism behind its protective effect. In contrast, fish oil capsules may even be harmful to human health.

For a long time, the common notion has been that the prevalence of heart disease is much lower among Inuit than most western populations, which has been attributed to the Inuit diet traditionally being rich in oily fish and other sea food.

According to a new study published in the Canadian Journal of Cardiology, the traditional Inuit diet may not help stave off heart disease as has previously been believed.

Trawling through studies on the health and nutrition of Inuit populations in North America and Greenland, an international research team found that the belief that the heart disease rate in these populations is exceptionally low was mainly based on studies published by Danish researchers Hans Olaf Bang and Jørn Dyerberg in the 1970s.

Bang and Dyerberg made several expeditions to Greenland to study the Inuit lifestyle and local public health records, concluding that despite their diet high in animal fat, the Greenland Inuit were less susceptible to heart disease than other populations.

For decades, the conclusions reached by the Danish researchers were taken as evidence of the consumption of oily fish and fish oil being beneficial in reducing the risk of cardiovascular disease.

The health records used as the material of the original study have, however, proven flawed. Most Inuit lived long distances away from the nearest hospital, and their illnesses often went undiagnosed, with the real cause of death in many cases remaining unknown.

Later studies have revealed that the Inuit who stick to the traditional diet suffer from heart disease at least as commonly as non-Inuit populations in Greenland, Canada and Alaska. Oily fish does not seem to prevent heart disease among Inuit.

Recent research data have also raised questions about the beneficial effect of fish oil supplements. Ursula Schwab, an expert on nutrition therapy from the University of Eastern Finland, says that fish oil capsules increase the blood LDL cholesterol level, interfere with glucose metabolism and contribute to an increased risk of type 2 diabetes.

Currently, the consumption of fish oil capsules is only recommended to patients with coronary artery disease who for some reason cannot eat fish but, according to Schwab, this recommendation may soon be scrapped as recent studies have failed to provide support for it.

Even though fish oil in itself does not help battle heart disease in Greenland or Finland, eating fish is still good for the heart. As part of a healthy, balanced diet, both oily and low-fat fish help decrease the risk of death from cardiovascular disease even though researchers have not yet established the mechanism behind this beneficial effect.

"Fish contains something else that is beneficial to health besides the fat. Scientists are looking into health effects of fish protein," Schwab explains.

One factor may be that people who consume fish several times a week tend to eat less red meat, which is known to increase the risk of coronary artery disease.