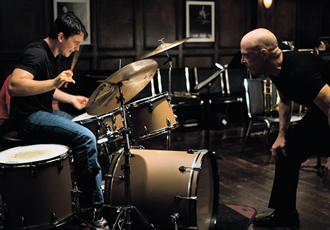 PROVING that there is an audience for less mainstream cinema in Finland, during the first six hours of ticket sales for the 27th Helsinki International Film Festival – Love & Anarchy, close to 20,000 tickets were bought or reserved.

Held from 18-28 September, more than 170 feature films and some 150 short films are being screened this year.

A number of other music-related films can be found on the programme. Lenny Abrahamson's Frank starring Michael Fassbender has been making waves aboard, along with indie musical God Help the Girl, directed by Belle and Sebastian singer Stuart Murdoch. Meanwhile, fans of Nick Cave can revel in the news that the documentary 20,000 Days on Earth is on the bill. Early word has been very positive.

Elsewhere, the latest from highly respected brothers Jean-Pierre and Luc Dardenne's Two Days, One Night is also featuring. Following up their masterful The Kid with a Bike, Marion Cotillard brings star wattage to the Belgians' world, while keeping the focus small. Cotillard returns to work after sick leave only to find that her colleagues have all agreed to have her fired in order to secure their own bonuses.

Next door in France, Rebecca Zlotowski's acclaimed Grand Central takes place in a nuclear plant. Here an uneducated young man lands himself a job, and falls in love with the boss' wife in the process.

Abrerrahmane Sissoko's Timbuktu follows events when fundamentalists take over a small Malian village and start interpreting sharia law in their own radical way. After premiering at Cannes this year to rave reviews, anticipation is high.

The Love & Anarchy Gala film this year is surrealist director Alejandro Jodorowsky's long-awaited The Dance of Reality, his first film in 23 years.

Terry Gilliam's latest, The Zero Theorem is screening, as well as Joshua Oppenheimer's new film The Look of Silence, following up last year's extraordinary The Act of Killing. The revered Ken Loach also sees his latest in attendance, Jimmy's Hall.

The festival closes with one the most anticipated films of the year, Richard Linklater's Boyhood. Following the life of a six-year old boy through his childhood until he turns 18, the movie was filmed over the course of 12 years. By utilising the same cast for each shoot, viewers can witness them aging in real time with their characters. Star Ellar Coltrane is HIFF's main guest this year.

Check the website for a complete listing of what's on offer this year.