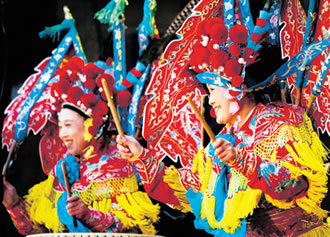 THE seventh annual Chinese New Year festivities will be taking place in the capital city this Saturday 9 February. Marking the commencement of the year of the snake, visitors to Lasipalatsi on Saturday can enjoy a number of performances such as lion and dragon dances, activities for children and performances of Chinese folk dance and music. Performers from Beijing will be appearing, as will a number of local artists.

Those seeking a taste of Chinese cuisine should be sure to arrive at the celebrations with an empty stomach. Numerous food stalls will serve a variety of different dishes representing the diverse cuisine of the world’s most populous country. In between mouthfuls, be sure to take note of which foods are traditionally meant to bring good luck when eaten at the turn of the year, and ensure yourself a future of happiness and success.

After enjoying the culinary indulgences on offer, revelers can then head down to Töölönlahti Bay at 18:30 for a fireworks show.

For those who want to see how a city of 20 million does things, celebrations being held in Beijing will also be broadcast live during the local event. More commonly known as the Spring Festival in China, the date for celebrating the turn of the New Year is determined by the Chinese lunar calendar and thus changes with the arrival of each year. Those looking ahead won’t have to wait as long for celebrations in 2014, as the next New Year falls on Friday, 31 January.