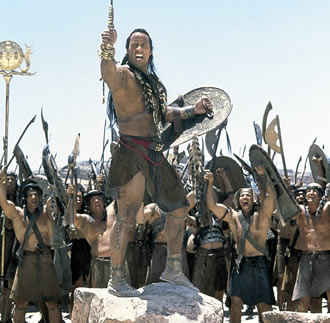 Legionnaire Rick O’Connell has married his Egyptologist girlfriend Evelyn and the couple has settled in London, where they are raising their young son Alex. The family’s domestic tranquility is shattered when the 3,000-yearold mummified corpse of Imhotep is resurrected once again to resume his evil quest for immortality.

In the meantime, another ancient threat emerges in the form of the Scorpion King, a mighty warrior frozen in time with his supernatural army. In order to save his family, Rick is forced to seek a mythical pyramid of gold, facing marauding bands of pygmy skeletons, among other hazards. Directed by: Stephen Sommers. Starring: Arnold Vosloo, Brendan Fraser, John Hannah. USA/2001.