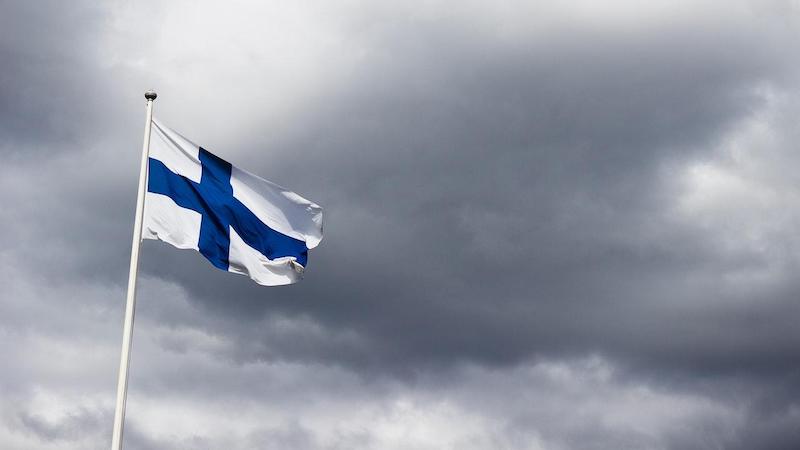 Finland is one of the most beautiful Nordic countries that you should visit at least once in your lifetime. While this country is well-known for its magnificent nature, excellent welfare system, socially awkward people, and rich history, there are many other things that you probably didn’t know about Finland and its citizens.

If you are wondering what those are, you are at the right place. We pulled together a list of 8 little to not known facts about Finnish culture that we are happy to share with you today.

Are you ready? Then let’s dive into those interesting facts!

1. Finland Is the Happiest Country in the World

The first thing that might surprise you about Finland is that it’s the happiest country in the world. And if you think it’s a joke, then we have to disappoint you because it’s absolutely not! According to an UN-sponsored report called World Happiness Report, the country has been officially named the world’s happiest place for the fourth time in a row. In the survey, people from 149 countries were asked to rate their happiness.

But here the question arises: what makes Finns so happy?

Probably, Finland’s first place is due to the combination of numerous factors. First of all, Finns are surrounded by beautiful, clean nature. Hence, they tend to spend a lot of time outside enjoying the beauty of nature. Secondly, they have access to one of the best welfare systems in the world, high-quality education, and free healthcare. Lastly, most Finns focus on eating healthy foods and in general, living their lives to the fullest, and having fun. Fortunately, if they don’t feel like going out, they can still enjoy themselves thanks to the huge variety of entertaining sites like those listed here.

2. Finland Has Plenty of Bizarre Competitions

Interestingly, numerous bizarre and crazy competitions are organized throughout the country. For example, one of the most famous competitions in Finland is the Wife Carrying World Championship. Basically, it’s a contest in which men have to carry their female teammate (this person doesn’t necessarily have to be their wife). The contestant who can carry his teammate first through the obstacle track wins the race. And what’s the prize? As many liters of beer as the winner’s teammate weighs in kilos!

Another interesting Finnish event is the Air Guitar World Championships which takes place annually in the Northern city of Oulu. During this contest, participants from all over the world get on a stage and compete in air guitar playing. This event has become extremely popular over the years so some of the countries even have to organize pre-qualifiers.

3. Expectant Mothers Receive a Baby Box from the Finnish State

As mentioned above, Finland has an excellent welfare system that promotes the well-being of Finnish citizens. As part of this, a special gift is given by the Finnish state to every expectant mother: a maternity package or so-called baby box. The box can be considered a starter kit as it contains necessities ranging from baby products to indoor and outdoor clothes to help mothers care for their newborn babies. Plus, the baby box itself works as a crib as well.

The tradition of giving baby boxes is more than 80 years old in Finland. Thus, it comes as no surprise that Finland ranks in the top countries with the lowest infant mortality rate in the world.

4. Finns Are the Biggest Coffee Consumers in the World

When it comes to coffee drinking, Finns take things to a whole new level. In fact, they drink more coffee per capita than any other country in the world. According to the statistics from the International Coffee Organization, a person consumes an average of 12 kg (26.45 lbs) of coffee each year in Finland. This means that typically people drink about 5-8 cups of coffee a day in the country. However, Finns prefer lighter roasts than other countries.

If you are wondering why they consume so many cups of coffee a day, the primary reason is that coffee plays a significant role in Finnish culture. Finns drink coffee all the time: when meeting a friend, to warm up on a cold day, or even when going to the sauna. Also, coffee helps them stay awake on dark days during wintertime.

5. There Are More Than 2 million Saunas in the Country

Without any doubt, one of the most shocking facts about Finnish culture is that there are more than 2 million saunas in the country. Especially if we consider that Finland’s population is only about 5,5 million!

For Finns, the sauna is very important. It’s a perfect place to cleanse both their bodies and mind, relax and enjoy the present moment but also to meet new people and socialize. Besides, research shows that going to the sauna regularly (optimally several times a week) has many health benefits, including decreasing the risk of heart attack and dementia. Thus, Finns go very often to the sauna in their home, in the gym, or at work. When visiting Finland, you may find saunas in quite unexpected places, such as in student accommodation or diplomatic buildings as well.

In December 2020, Finland’s sauna tradition has been added even to the UNESCO’s Cultural Heritage list.

6. Finland Is Home to a High Number of Heavy Metal Bands

The most famous heavy metal music groups from Finland include Lordi, Apocalyptica, Nightwish, and Finntroll. Moreover, Finns even have a heavy metal band for kids. The members of Hevisaurus are known for performing in special dinosaur costumes.

7. There Are 7 UNESCO World Heritage Sites in Finland

Tourists can find altogether 7 UNESCO World Heritage sites in Finland, six of them being cultural sites and one being a natural site. If you want to explore these wonderful places, here is a complete list of the sites:

8. Finns Live by the Unique Concept of “Sisu”

“Sisu” is a unique concept that dates back hundreds of years in Finland and until now Finns follow during their everyday lives. While the word itself doesn’t have a direct translation, it means something like perseverance, strength, or determination. When Finns face difficulty, they don’t give up. They keep pushing themselves until they complete the task. As they say: what must be done - regardless of the cost - will be done. Also, when Finns make a decision, they stick with it until the end.

This extraordinary attitude helps Finns stay courageous and succeed even in those situations where success is highly unlikely.

These were our list of the little to not known facts about Finnish culture. Hopefully, you found them interesting, and they helped you get to know more about this beautiful and magical Nordic country and its unique culture.