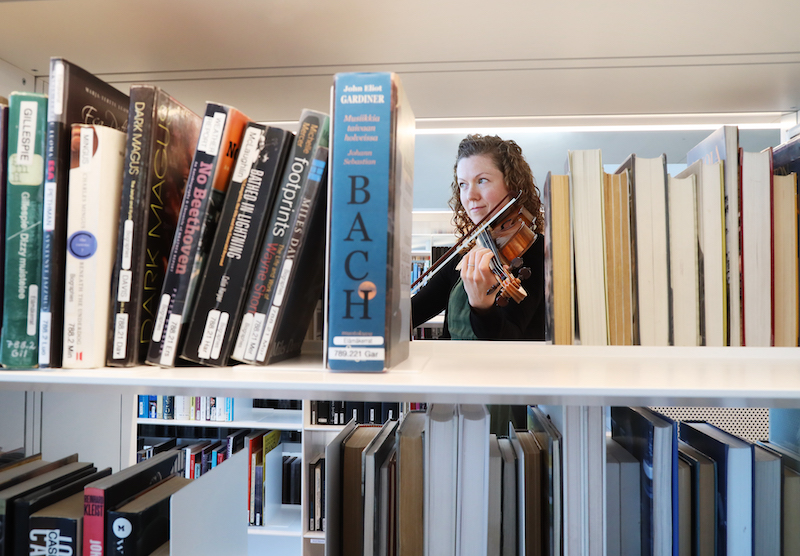 The library tour concerts are about half an hour long and feature musicians of the city orchestra playing in small chamber music ensembles. The chamber music collaboration between the Helsinki Philharmonic Orchestra and Helsinki City Library began last year when the library celebrated its 160th anniversary. The event will now continue, and the orchestra's library tour is to be made an annual tradition.

"The feedback from both the city residents and the musicians of our orchestra last year was clear: the atmosphere in the library concerts was special and warm. We are happy to continue organising these encounters throughout Helsinki. I hope that as many residents as possible will find their way to these small concerts," says Aleksi Malmberg, General Manager of the Helsinki Philharmonic Orchestra.

The Helsinki Philharmonic Orchestra at Your Library tour will begin on Monday, 1 November at the Etelä-Haaga Library. The last concert of the tour will be on Thursday, 25 November at the Oulunkylä Library. The concerts, which last about half an hour, start at noon or 6 pm. The tour enables high-quality chamber music concerts to be easily accessible by Helsinki residents at their local library.

"Libraries are places close to people, where not only literature, but also music and other culture meet. The chamber music tour of the Helsinki Philharmonic Orchestra at libraries is a great addition to the vibrant cultural offerings of the districts," says Katri Vänttinen, Library Director at the City of Helsinki.