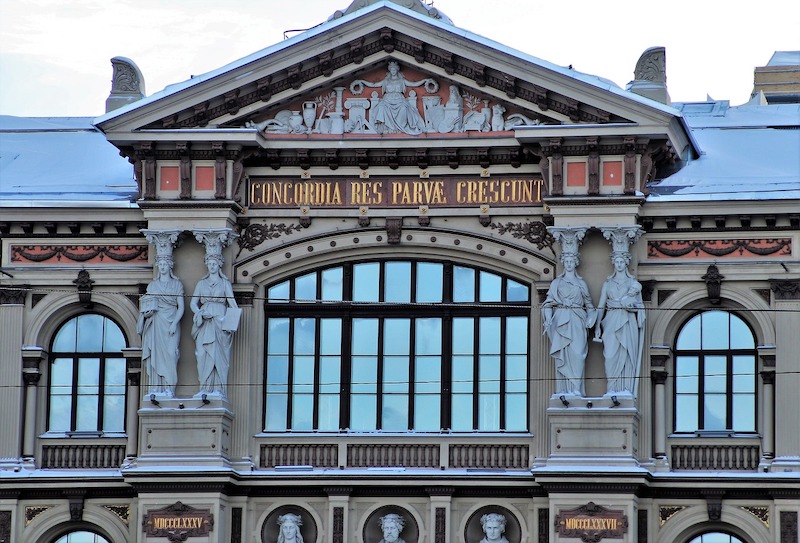 HELSINKI’S NATIONAL GALLERY, THE ATENEUM, WILL RE-EXAMINE a valuable painting in its permanent collection after a prominent Gauguin enthusiast has claimed it to be a forgery.

The allegations were initially made to the Helsinki Times by Fabrice Fourmanoir, a self-proclaimed expert of the celebrated French Post-Impressionist painter Paul Gauguin. A former resident of French Polynesia, where Gauguin completed most of his well-known works, Fourmanoir had previously made headlines last year when his investigation into a $3 million Gauguin sculpture purchased by the Getty Museum in Los Angeles revealed it to be a forgery. The Getty Museum has since downgraded the status of the sculpture.

Fourmanoir has also claimed that prominent Gauguin pieces in London’s Tate Gallery, Boston’s Museum of Fine Arts, and the National Gallery of Art in Washington, D.C. are forgeries, although these claims have been disputed by art historians.

The painting at the centre of Fourmanoir’s most recent allegations is Landscape with a Pig and Horse (Hiva Oa), a prominent work in the Ateneum’s permanent collection that was purportedly painted by Gauguin in 1903, just a few weeks before the painter’s death.

Fourmanoir claims that the painting does not follow Gauguin’s technique, that the signature is not correct, and that it is possible that the piece is part of a series of forgeries orchestrated after the painter’s death by Ambroise Vollard, Gauguin’s art dealer.

Fourmanoir claims that Vollard commissioned several forgeries in order to cash-in on the skyrocketing value of Gauguin’s works in the months and years following his death. Of the 516 known Gauguin works in circulation, it has been alleged that dozens of paintings, drawings, and watercolours are forgeries orchestrated by Vollard after the painter’s death.

“This painting has no provenance and no documentation” exclaimed the French-born Fourmanoir over the phone from the Mexican village of Sayulita, where he currently lives with his family.

“Gauguin was severely ill in the months leading up to his death and was almost blind. There is no record whatsoever that he produced any work in 1903, and there is no record of Landscape with a Pig and Horse being produced at any point”.

“It seems like the curators at the Ateneum just hung this on the wall without thinking about it”.

Fourmanoir also claims that the subject of the painting, a landscape in the Marquesas Islands, is not an accurate depiction of the region and that the painting seems to portray a Tahitian landscape. Fourmanoir believes that Landscape with a Pig and Horse is a forgery completed in France after Gauguin’s death and that it is based on a watercolour by Gauguin in his series Noa Noa (see pictured below).

“Vollard, the art dealer, was a genius but a very bad person. He ripped off many artists in his day and would typically sell fakes in Eastern and Northern Europe – never in Paris where he could get caught” claims Fourmanoir.

According to the official provenance of the work provided by the Ateneum, Landscape with a Pig and Horse was purchased for the gallery by the Finnish painters Magnus Enckell and Eero Järnefelt in 1908. The pair purchased the piece directly from Ambroise Vollard’s art shop on the Rue Laffitte in central Paris.

Fourmanoir also shared documents with the Helsinki Times which he claims to be copies of the final shipping manifests of Gauguin’s works, detailing deliveries of the paintings created in the last years of his life that were shipped from French Polynesia to mainland France weeks before his death. Landscape with a Pig and Horse does not appear on these documents, despite official provenance for the painting claiming that the work was painted in French Polynesia in 1903.

Another person who doubts the authenticity of the works is Maria Gauguin, the great-granddaughter of Paul Gauguin who is a prominent figure in the European art world. Gauguin has assisted Fourmanoir in providing original documents that may cast into doubt the authenticity of Landscape with a Pig and Horse, which Maria claims is an “ugly” forgery that “does not feel right”.

Speaking to the Helsinki Times, Maria said that, given her lifelong experience with her great-grandfather’s works, it seems likely that the Ateneum is displaying a forgery

“I am suspicious of this painting. The landscape is not Marquesan, the colours are strange, and the signature is strange”, Maria explained.

“Paul Gauguin passed away in 1903, sick and poor. I really doubt that he would paint such a Tahitian landscape when he had the beautiful Marquesas right outside his front door and had not visited Tahiti in many years. I also doubt that he was even able to paint, as he was very sick in 1903 and passed away in May that year”.

Gauguin's works often fetch tens of millions of euros on international art markets, with his most expensive painting, Nafea Faa Ipoipo, selling for $300 million (€246 million) to a private collector in Qatar in 2015. Fourmanoir has predicted that the Ateneum piece if it was authentic, would be worth around €15 million.

The Helsinki Times also reached out to the Ateneum, who were initially reluctant to comment on the matter. The head of communications for the Ateneum, Johanna Eiramo, confirmed after hearing Fourmanoir and Maria Gauguin’s claims that “the museum’s conservers will be conducting scientific testing on the painting in due course”.

“We take such information very seriously and will investigate with due diligence and care. Before proper examination, the Ateneum will not comment further on this pending issue”.

Although Fourmanoir has had a recent success following the exposure of the Getty sculpture as a fake, others in the art world have cast doubt on his intentions and his claims, with one art director calling him a “very persuasive publicity seeker”. To this, Fourmanoir was quick to mount a defence.

“The art world is like a mafia – it’s Omerta. There is a lot of money at stake. 90% do not want to hear my story because it would be a big scandal and would rather I just keep my mouth shut”.

“I know the family of Gauguin and his collectors. I am a lifelong devotee to his works with nothing to gain financially for exposing this. These fakes are simply a travesty for Gauguin and his legacy”.