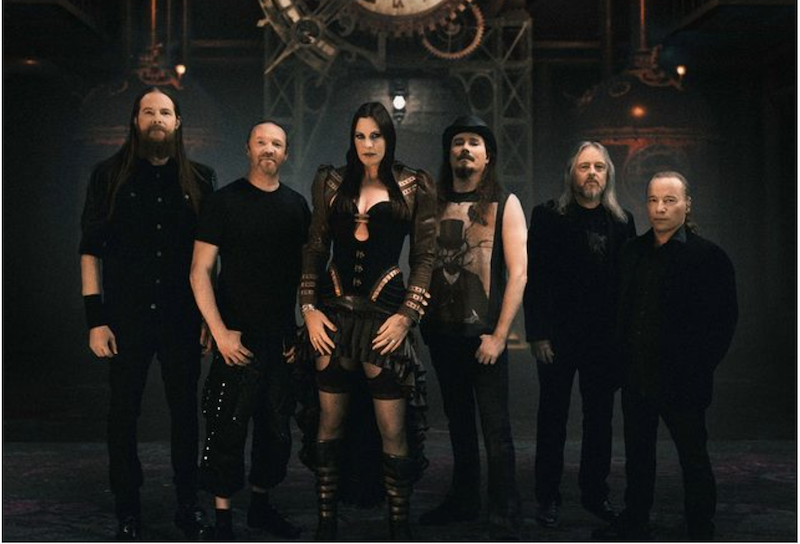 Nightwish, Finland’s internationally most successful band, which had already broken numerous records in its previous career, treated their fans to a spectacular virtual experience on Friday, May 28, 2021. Set in a 3D-world, ‘An Evening With Nightwish in a Virtual World’ gathered 150 000 viewers on the first night. The highest number of visitors came from Europe and North America, but fans joined in from across the globe as tickets had been sold to 108 countries prior to the second show.

The box office of the virtual concerts corresponds to a large stadium-sized concert and exceeded one million euro, making this event the largest paid virtual concert in Finland’s history.

When Nightwish’s world tour was canceled due to a coronavirus situation, the band wanted to offer their fans something unprecedented. As a result of the six-month preparation process, the band, the program agency Fullsteam Agency, Zoan, which was responsible for the technical implementation, and the management company Till Dawn They Count produced an exceptionally ambitious project that has made Finnish music history and was significant by international standards as well. The concert “An Evening with Nightwish in a Virtual World” made possible for the fans to hear the songs on Nightwish’s latest “Human. : II: Nature” album live for the first time while interacting with other fans as well as experiencing 3D imaginative worlds built based on the band’s vision.

“This is definitely one of the coolest things we’ve gotten to do with the band. When visuals, technology and music meet so well, it becomes a unique experience, ” the band's drummer Kai Hahto sums up.

Zoan built the technical implementation with a crew of about 30 people from seven different countries. Half of them - many of the 3D modelers, for example - are long-line Nightwish fans who were ready to put everything in the game for their favorite band.

The specialties of the virtual world included a tavern built for Nightwish with its many details, as well as a combination of high-end technology such as photorealistic scans and the latest Unreal Engine game engine technology that enabled high-quality concert execution in general.