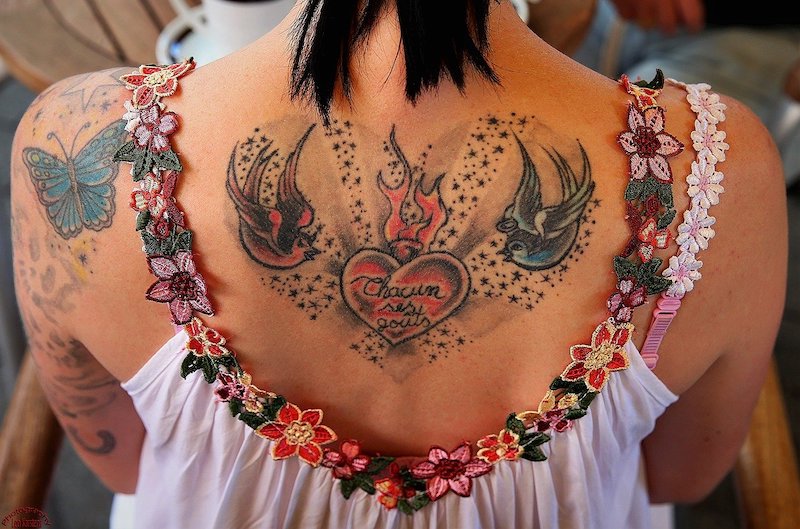 Tattoos are not a taboo anymore. Image: Pixabay

As time moves on and attitudes change, so too does what is seen as acceptable within society. After all, how we view certain issues now, is much different than in the 1920s, for example. This change in attitudes has become even more fast-paced in recent years, with the effects that a growing globalisation has had. But what is globalisation?

In simple terms, it is the process by which the world is becoming more connected and and nations around the globe have increasing influence on one another.

This is different than in the past, when countries were much more individual and set their own standards around acceptable behaviour in relative isolation. Although trade is a major part of the globalisation effect, one of the ways we see its influence is on how global attitudes towards certain subjects have changed.

How has globalisation done this?

In essence, the increased contact between people has led to cultures melding together to form a consensus of opinion around some aspects of life. This can be seen especially within Western Europe, where this blending together of cultures has decreased the stigma surrounding certain activities in the society. Online gambling is a classic example and the acceptance of this in some countries has been directly related to the way it is viewed in other countries globally. Countries that would not have allowed pay n play casino games in the past have now sanctioned them, based on the changing attitudes that globalisation has brought to their borders.

Of course, this is unquestionably a good thing for the world. Many of the taboos we saw in the past were outdated, unequal and just plain wrong. By showing people a better way to live, globalisation has allowed society in general to become a fairer, more tolerant place. This is true in Finland, the USA, the UK or anywhere else where countries can influence each other to progress.

But what other taboos has this helped to break in society? Here are a couple of examples:

One very common social taboo within many societies previously was tattoos. They were seriously frowned upon in many countries such as the UK and many people could not face the social stigma of having one in years gone by. If you did pluck up the courage to have a tattoo done, you would be viewed with complete distrust if anyone saw it in public!

Fast-forward to modern times and a more enlightened view has become dominant due to our interconnected world. People have learnt from other cultures globally that tattoos are pieces of artwork to be proud of and things of real beauty. By taking inspiration from places where tattoos are celebrated, more countries around the world can remove the taboo nature of getting inked.

One area within a lot of societies that was off-limits for a long time was the issue of equal rights for women. Many societies, such as the USA or those around the Middle East, had old-fashioned attitudes towards the role of women in society and how they should behave. Globalisation has allowed many taboos in this area to be smashed, by showing how silly they were when looking at a more enlightened culture elsewhere. Women around the world are now making a stand for equal rights and the world is standing up and paying attention. From women going out to work to girls making the first move romantically, or the rise of women’s professional sport, gender equality has really benefited from outdated stigmas being removed.

Although this can still be a hot topic, modern attitudes around sexuality have been helped considerably by the world exchanging ideas. This has allowed countries that were not tolerant of alternate sexualities in the past to become aware of gay rights and more supportive of them. It is no longer taboo at all to come out as anything other than heterosexual in most places around the world, which is a positive step forward. Over time, a cultural exchange of ideas around homosexuals or LGBT rights will make for a more inclusive global society. It will certainly help those countries with outdated attitudes in this area to break through any remaining stigmas.

Globalisation is a force for good

As the above shows, the more we all connect as a world then the more we can change society for the better. By looking at other cultures and learning from them, we can begin to treat people more fairly and allow people to live the life they want to. Of course, this also means that other countries can learn from us and the areas in our society that are more enlightened. As the world gets ever more interdependent, it will help us to live in a way that is more modern and inclusive for all.