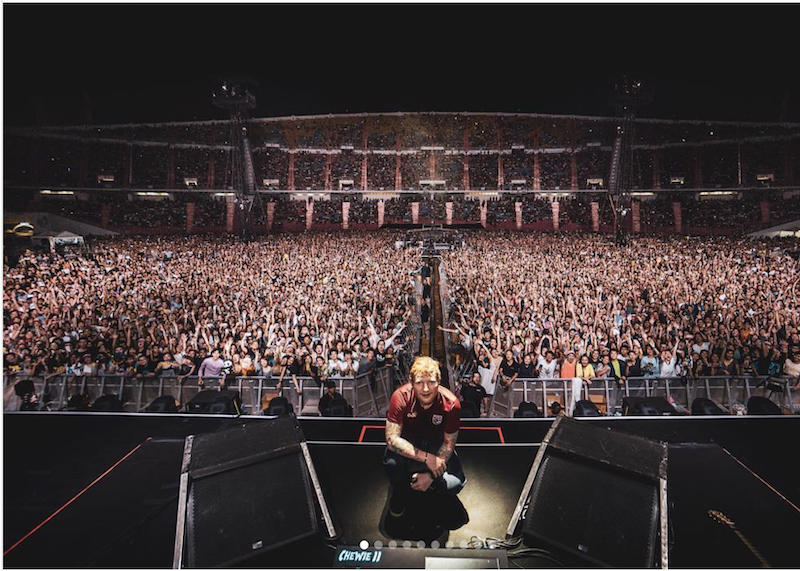 ed Sheeran gig sold out in Bangkok in April

THE BRITISH POP STAR ED SHEERAN has broken a national record in Finland, with the original date for his July Helsinki concert selling out all 60,000 tickets in under 20 minutes. An extra Helsinki date was announced immediately after the first one was sold out.

Tickets for his July 23rd date are still on sale as of writing, and can be purchased at Lippu.fi.

The four-time Grammy award winner, famous for platinum-selling tracks such as ‘The A-Team’ and ‘Thinking Out Loud’, will be playing in Helsinki on July 23 & July 24 as part of his two-year Divide Tour. The July 23 concert was added after concert organisers learned of the unprecedented demand for tickets.

Sheeran will be playing both dates at Helsinki’s Malmi Airport, one of the few times in history where the second-busiest airport in Finland will be used for a large-scale event. He’ll be joined by supporting acts Zara Larsson and James Bay, both bestselling artists in their own right.

Previous records for the most popular music events in Finland’s history include one held by the Rolling Stones for their 1995 concert at Helsinki’s Olympiastadion, which sold 52,000 tickets in just over 24 hours.

The Helsinki leg of U2’s 360 Degrees Tour in 2010 previously held the record for the fastest-selling concert in Finnish history, selling over 50,000 tickets in less than two hours.

With the addition of an extra tour date, Ed Sheeran’s performances will constitute the largest music event in Finnish history, with an estimated 120,000 people attending over two days. For comparison, Helsinki’s Flow Festival garnered a record 75,000 attendees over three days in 2018.

Sheeran has long enjoyed immense popularity in Finland, with his multi-platinum 2017 track ‘Shape of You’ holding the top spot for the most streamed song on Spotify globally since its release. He is also the second-most popular Spotify artist after Canadian rapper Drake, with billions of streams under his belt.

Tickets for his July 23rd date are still on sale as of writing, and can be purchased at Lippu.fi.