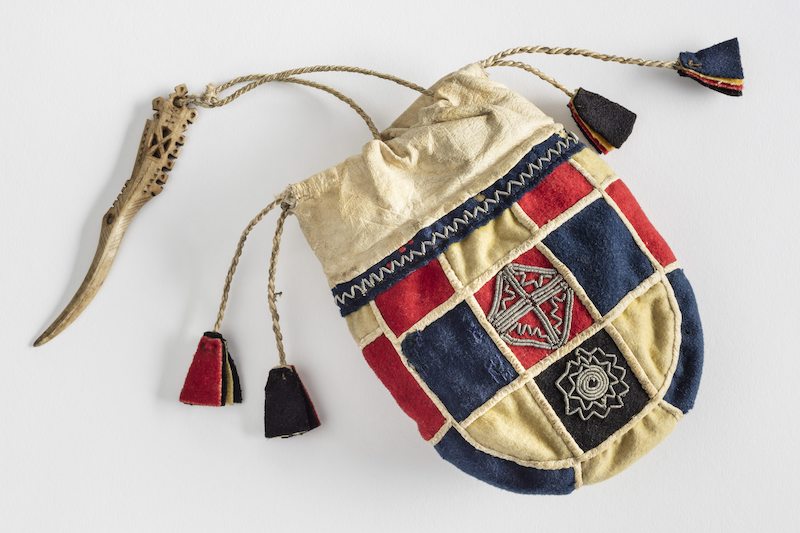 A decorated Sami tobacco bag from 1911 in Siida museum

The United Nations General Assembly has proclaimed 2019 as the International Year of Indigenous Languages. UNESCO keeps reporting that approximately 600 languages disappear each year. As a result, world globalization smashes many cultures and people literally lose their roots.

The Sami is a unique example of indigenous people and culture uniting mainly six countries—Norway, Sweden, Finland, Russia, Ukraine and the USA. They speak six dialects of Sami language.

The Zhivaya Classica Foundation from Russia took the initiative to unite the work of Sami authors and poets from different countries in one almanac to be released in May 2019.

As of now, the works of 26 Sami authors from Russia have been accepted and dozens of authors from Norway, Finland and Sweden were invited to participate by submitting their pieces of poetry, poems, songs, fairy tales or stories. The idea of the almanac is to save the culture of Sami as it is, leaving their dialects and also translating some works into different dialects and the Russian language. This way, a truly unique Sami culture can be shared with more people. Otherwise, what is the point of art if an artist cannot deliver the vibe and message to the people and have a chance to be acknowledged widely?

Altogether the almanac will contain over 80 works and over 100 translations into Russian. “Owing to Nornickel, a Russian nickel and palladium mining and smelting company who supported this idea, the almanac will be released and published on a free of charge basis. The hard copy of the book will be distributed among the libraries and culture institutions of Murmansk City in Russia and will also be available in a soft copy online at the official website - samialmanac.ru and online library - sever1000.ru,” says Darya Balakina, the project leader of Zhivaya Classica.

The inspiration for such a wonderful idea was the Taburetka Festival, which was organized in Monchegorsk city in August 2018. The event was mainly dedicated to poetry and included a wide variety of educational, entertaining and cultural events with the participation of well-known European and Russian figures. Owing to this event, the leaders of the Zhivaya Classica Foundation have witnessed a lively interest of people in the unique Sami culture, which created a big buzz at the festival.

In fact, translating a piece of art into a different language or a dialect that has a totally different alphabet and mentality is an extremely difficult task. Some translators may work three to four hours on just a single page! Despite such an obvious challenge, the efforts will be hopefully pay off in the interest drawn from people who have never read or perhaps even heard of Sami culture before.