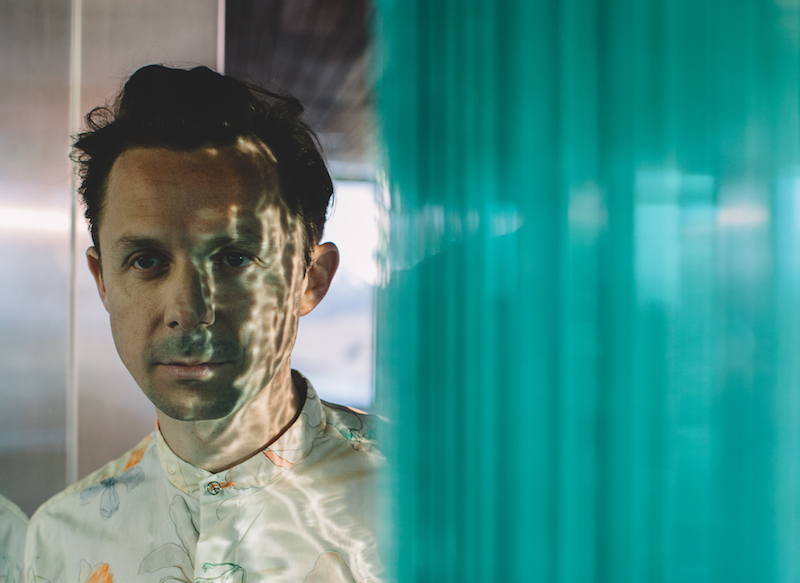 Martin Solveig (age 41) is a French DJ who started his career in 2002. He started by playing in nightclubs in Paris to now having his own radio show, a studio in L.A and playing almost two shows a day. We got the chance to interview him at the WKND-festival in Helsinki 19.8.2018. Here are the excerpts:

Q: You have been in Finland before, how do you like it here?

A: I landed an hour ago so I'm happy to be here, but I don't know much about it. Right now, I'm playing almost two shows a day, so it's a little bit you know, in and out. But in general the vibe in Finland it's super, it's great. My impression is that it's chill and quite beautiful, the weather is great right now.

Q: What has changed since you started making music in 2002, both for you and the industry?

A: Everything. I get this question a lot but I don't know how to sum up in a one minute answer, twenty years of everything changing. When I started making music there were no social networks. We were going to shops and buying vinyl that we were going to eventually play. I was making music with very slow computers. And everything was completely different.

Q: You have released one single called All Stars with the Finnish singer Alma. Can you tell us about that co-operation?

A: Yes. I'm glad that you talk about that. It was super cool encounter. During the winter I work in a studio, most often in Los Angeles. And what I do is I basically work on music, composition and when there is a singer around, or when there is an opportunity we try to make it happen witch is exactly what happened with Alma. We actually met in London not in Los Angeles. And we clicked pretty much instantly because on top of being a great singer, she's also a great character, she has a strong personality, she's super fun. I think we share, I'd say a sense of humour, of irony, in the way we like to present ourselves. And so actually the connection was instant and I'm so glad that the song became a big one.

Q: Can you tell us about your new single: My Love, and your summers tour, and maybe any possible future collaborations?

A: So I answer directly to the last question, cause that's three questions, last question no I cannot talk about future collaborations. My Love is the opener of a new series of songs. Most of them will be collaborations. Both with new singers who I have not worked with before and with producers as well. I'm clearly exploring a bit more. I'm going a little bit more left and right and everywhere. And will release more music than what I used to do in the last three four years where I was sort of super focused I a sort of zone that I worked on precisely around Intoxicated, +1 up to All Stars. That was kind of a chapter of my musical life. The new chapter is gonna be more open, it's going to also probably be the announcement of a live tour, during witch I won’t be, at least I won't be only DJ ing and probably I will be doing more this, witch is going to be a new way of performing for me as well.

Q: I guess you are talking about the 2019 live tour starting at L´Olympia in Paris?

A: That’s right. I'm opening this new cycle of live shows. I don't wanna talk too much about it in terms of what it's gonna be like cause I want people too see for themselves and to make their own opinion, but for me the only starting point of this is wanting to experiment on the way we can perform our shows in the future and also just to change and to evolve. I don't like things to become routine. As an echo to your first question, the line that I followed during my twenty years of career is a line of change and evolution. That’s what keeps me excited and thats what I wanna keep doing.