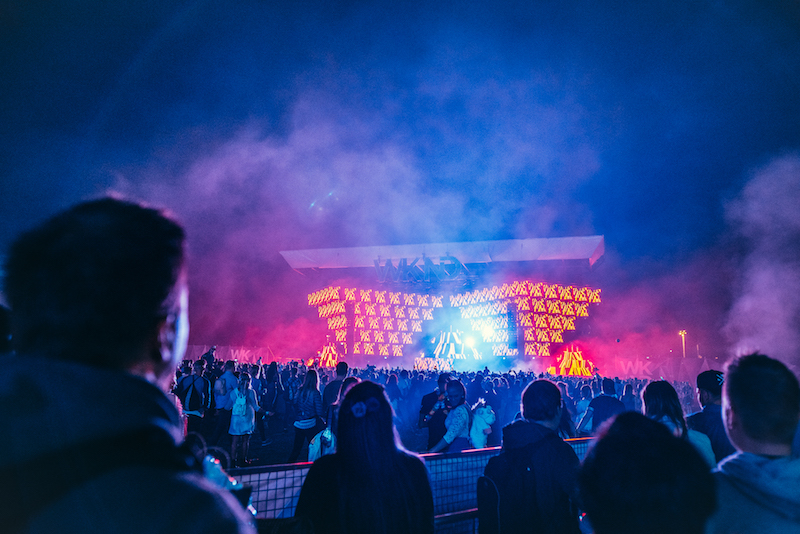 The Weekend festival is just around the corner. The main beach of the city of Helsinki, Hietaniemenranta will be transformed into a mega festival area from 17th to 19th of August. These years lineup includes David Guetta, Axwell & Ingrosso, Hardwell, Lil Yachty, Macklemore, Martin Garrix, and The Prodigy

The electronic music festival which started in 2012 has grown in size and character to a mega event and expanded to Estonia and Sweden. the festival has had more than 40 000 attendants each year and the popularity has been growing. This year, with a new venue in the Hietaniemenranta beach, the capacity of the festival will grow and the attendance level seems promising with 90% of the ticket types having been sold out.

Hitaniemenranta is a beautiful surrounding which provides a mesmerising background in the sunset for the festivals live music and partying audience. The venue is also very easy to reach by foot from the centre or using public transport or bicycles.

The Weekend usually offers performances in several stages simultaneously. Last year the festival area offered plenty of other amusements, such as bungee jumping and a Ferris Wheel from which you could see the entire area and beyond. Also, several food and drink outlets are usually available to the audience.

Among this year's artists, David Guetta is probably the most known to the general public with less knowledge of electronic music. The French music producer and DJ. has produced several hits with well-known artists such as Nicki Minaj, Kelly Rowland, Will I Am, Flo Rida, and Zara Larsson. Some of his latest hits were Flames and Titanium featuring Sia and Who’s That Chick with Rihanna.

Another group from this years line up is The Prodigy. The band which first emerged in underground rave scenes in the early 90s have grown to world-wide popularity and have been branded as “The Godfathers of Rave” by the media and audiences. The group has won numerous music awards during their career and have sold more that 30 million records worldwide.

The festival has a “Cashless” wristband, where you can load money beforehand to use in the festival area so no need to carry cash or wait in lines.

Your ticket will be added to the wristband as well

Via the Cashless system, you will be able to pay all your festival services with your wristband. You can manage the features of your wristband and the money that was added to your wristband via your MyWKND account.

There is also a flexible payment plan available for those over 20. With “Jousto Payment Plan” you can pay your ticket in after 90 days without any extra charges. After that, you will have an option to pay for your ticket in installments.

To get your ticket before its all sold out, go to www.wknd.fi