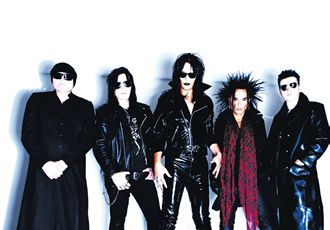 HAVING produced leather-bound gothic rock for the past quarter century, Helsinki's own The 69 Eyes are returning to the scene of the crime. Performing a duo of gigs at Tavastia on Saturday 6 September, the venue was where the band first started out 25 years ago.

Kicking things off with an all-ages performance mid-afternoon, things are bound to get cooking later in the night, as the faithful fans descend upon the Helsinki metro area to help the quintet celebrate.

Emerging in 1989, the band's initial sound drew inspiration more from the glam-metal likes of Mötley Crüe. Subsequent years saw them embracing a darker edge to their songs, going on to release a total of 11 full-lengths.

The band enjoying a particular boost in popularity at the turn of the century, after their 2000 single Gothic Girl went gold here in Finland. Their momentum grew overseas and soon were enjoying numerous world tours that would touch down in all corners of the globe.

Offering support for both gigs on Saturday is local rock outfit Dynamite Philadelphia.