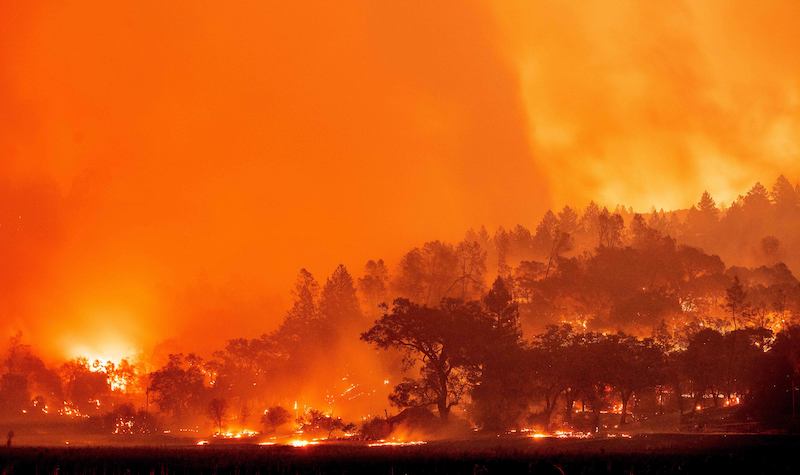 I felt like I had fled a burning house when I boarded the plane to Helsinki. I left my job working for a county elections office preparing for the upcoming November presidential general election there, which looks more and more like it will result in disastrous conflict at the hands of Donald Trump, who will cling to power by any means possible. Once I connected to WiFi during a Frankfurt layover, a message from my mother popped up on my phone: “only 8 percent contained.”

She was referring to the fires that tore across the west coast of the United States. I looked through my Instagram feed of images of what looked like the oversaturated skies in Blade Runner but with the San Francisco skyline in the background.

Even before I arrived in Finland, I wondered if it really was the Scandinavian utopia that its reputation had led me to believe it to be. While the democratic socialist candidate Bernie Sanders, often accused of an unrealistic platform, lost the primary to centrist Joe Biden for the Democratic Party’s presidential candidacy to face off against Donald Trump, socialism was not a pie in the sky idealistic platform in Finland; it was a reality.

I looked at pictures of Finnish Prime Minister Sanna Marin looking like Lana Del Rey, described in her Vogue profile as a “millennial feminist environmentalist,” and wondered why we couldn’t have someone like her running the United States. In a published list of objectives to combat climate change, Marin had this to say, “The Government is committed to taking action that will create a path towards a carbon neutral Finland by 2035. Climate change is the greatest threat to humankind.” Meanwhile, as the west coast of the United States is burning, Trump has stated, “I don't think science knows" about global warming, and that it isn’t clear whether global warming has anything to do with the fires.

Walking around Helsinki for the first time, I could breathe again. This is no exaggeration, either: air quality in the west coast of the United States has become ranked among the worst in the world. We weren’t even allowed to open our windows during a heat wave in California because air quality was so bad, and the strain from air conditioners on the power infrastructure was causing blackouts to occur.

After I completed my mandatory two-week quarantine, I was ready to explore my new utopian home. I wanted to try the fried vendace or muikku. I made my way to Market Square—thrilled by the architecture and the bustle of a city reopened after the coronavirus. Perhaps this is paradise, I thought, as I arrived to a vendor who sold muikku.

I ordered it, thrilled to see the oil turn my cardboard takeaway container translucent as the fish were loaded into it. I dipped one of the fish into the garlicky white sauce that came with it and ate it—head, eyes, bones and all. It was delicious. I looked around for a place to sit and enjoy my treat when suddenly I saw something swoop down at me from above. I only managed to dodge it by chance when I saw that it was a seagull, and it was preparing for another attack. As it took aim at me midair, I locked eyes with its cold, empty pupils and I shuddered. I tossed a few more of the muikku into my mouth fearing the bird might knock them out of my hands, or worse, pilfer the container entirely by grabbing it with its webbed feet (Could they do that? I wondered).

It swooped down again—I couldn’t properly defend myself as I was holding napkins in my free hand. Luckily, I stood my ground, covering the fish with the napkins and bringing both hands closer to my stomach and crouching like an armadillo. The bird flew off, defeated, dare I say even humiliated, but there I stood, triumphant. Having escaped the political and very real fires back home, I realised the seagull attack had been my greatest cause for anxiety so far in Finland.

To paraphrase Marin’s words from her Vogue profile, the reason why populist movements thrive, like the one in the United States, is because they give simple answers to complicated political questions when someone’s life is otherwise hopeless. The key to bringing them back is to give them hope. Perhaps Finland isn't the Nordic utopia that expats like myself so desperately want it to be, but the climate here is one of hope and peace.

This is an Expat View Column. If you want to share your story and experiences with other expats in Finland please send us an email to: This email address is being protected from spambots. You need JavaScript enabled to view it.