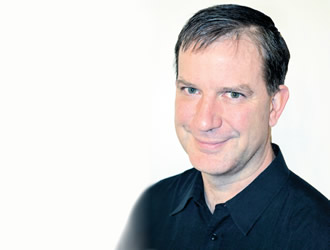 I have to confess that, like many other observers, I did not expect Russia's President Putin to go through with his annexation of Crimea from Ukraine. It did not fit with most of his previous behaviour. Russian forces did advance into Georgia in 2008, but there are a number of reasons for thinking that was an exceptional case. Intense diplomatic dialogue with the west accompanied that invasion, and the army did not stay long. On this occasion I expected a show of strength and a bit of sabre rattling before a withdrawal.

The West's leaders probably hoped much the same, which explains why they were too slow to impose sanctions. This crisis goes beyond anything that has happened before. Uncertainty over Russia's motives and ultimate intentions is made greater by the fact that it is almost impossible to get any insights into the workings of Kremlin politics.

But here are a few relevant things we do know about Vladimir Putin:

• Throughout his Presidencies Putin has affirmed Russia's responsibility to protect the rights and interests of Russians living in neighbouring countries.

• Putin hates it when established rulers are overthrown by mass popular action.

• The extension and consolidation of the Eurasian Customs Union has been at the heart of Putin's recent international policy.

• According to Steven Lee Myers, writing in the New York Times, the decision for the Russian military to intervene in Crimea was taken in a hurry and by a group of only four people (Putin, his Chief of Staff Sergei Ivanov, secretary of the National Security Council Nikolai Patrushev, and the director of the Federal Security Service Aleksandr Bortnikov). This meeting took place days after the Security Council had rejected any possibility of armed intervention and after Putin had publicly stated that he would not support Crimea's secession.

The Eurasian Customs Union, currently consisting of Russia, Kazakhstan, and Belarus, with Armenia set to join and Kyrgyzstan still considering its options, is an economic free trade arrangement which is expected to lead to a broader Eurasian Union modelled on the European Union. It is currently the focal point of Putin's aspiration to restore Russia to her position as a leading power on the world stage and as the unchallenged dominant power in its immediate neighbourhood. Bringing Ukraine, which has a much bigger economy than the others apart from Russia, into the Customs Union would have been a huge step forward for this strategy. When Ukraine's President Viktor Yanukovych pulled out of signing an association agreement with the EU last November, (one of the factors which inspired the Maidan protest movement), this seemed to pave the way for Ukraine to join the Eurasian Customs Union. But Yanukovych's flight from Kiev meant that Ukraine will most likely never join. The same moment was a victory for a mass movement against a Moscow-backed president, and the new government in Kiev was crass enough to announce immediately that it was reducing the status of the Russian language across Ukraine. It is hard to imagine a sequence of events that could have enraged Putin more. A large chunk of his foreign policy was in tatters and the West, who he had consistently identified as being behind the Maidan movement, seemed to have pulled off a victory which would hurt Putin's status at home as well as abroad.

While contingent plans for military operations in Crimea may have been in place for years, it seems that the decision to go ahead was made in a heated moment and that the annexation was an attempt to recover some of that status through a military adventure. There is little reason to suppose it was part of some longstanding plan to re-form the former Soviet Union. Putin's actions have gained Russia some territory but will also come at a cost. But once Putin had committed troops outside the official Russian bases in Crimea, there was no turning back. The consequences will be enormous, for Ukraine, for global international relations, and for Russia.

The West's sanctions against Russia have been widely derided as toothless, but in the long-term there could be serious consequences for the Russian economy – not just from the sanctions but from loss of investor confidence. Over 40 per cent of all Russian trade is with the European Union, a share which the faltering Russian economy can ill afford to lose. Last year, foreign direct investment (FDI) to Russia reached a new high of US 94 billion dollars, most of it coming from Western companies. For now, Europe is also dependant on Russia for energy supplies, although the Ukraine crisis will undoubtedly accelerate Western efforts to rid Europe of this energy dependence, and US President Obama has already indicated his readiness to use US oil reserves in order to manipulate energy prices, which could seriously hurt the Russian economy. Economic interdependence means a total collapse of economic relations is unlikely, but a relative decline may follow as sanctions have some impact and investors become more cautious.

Russia may also have surrendered much of its influence in global politics. In spite of repeated complaints that it is frozen out of major international decisions, Russia has been successful in delaying the deployment of a NATO missile defence system in Eastern Europe and in stalling NATO membership for Georgia and Ukraine. While domestic opposition in the US and UK may have been the main factor in stopping NATO military intervention in Syria, numerous Members of the British Parliament cited the lack of a UN mandate as their reason for opposing intervention.

In other words, Russia's veto in the UN Security Council was significant in preventing military action. Should such a scenario arise again, are western governments likely to even bother consulting Russia now, or paying any attention to its veto? For years now Russia has insisted on the supreme role of the UN and its Security Council in mediating global disputes, but by creating such a big rift with Western countries at the same time as blatantly disregarding core UN values of sovereignty and territorial integrity it will not be able to call on UN legality for some time to come. The same values are dear to a number of authoritarian regimes which are close to Russia – China, Kazakhstan, Azerbaijan among them. Russia has had some success in putting itself at the head of the group of these kind of countries, in part because it has been the most vocal world power in defence of the inviolability of international borders. But Russia's recent actions, which can be seen as giving encouragement to separatists as well as upsetting the international order, have given rise to considerable disquiet, especially in Kazakhstan.

By pushing ahead with the annexation of Crimea, it seems that Putin has decided the surrender of such international leverage is a price worth paying. In future disagreements, he will be relying more on threats than diplomacy. What is more worrying is that he is clearly ready to use this confrontational stance to create a qualitatively new type of domestic support for his rule. The events of last week show the power that a well orchestrated media, combined with the natural momentum of nationalism, can have over a population. The staged celebrations of the successful annexation and Putin's central role in them on last Wednesday have taken the Putin cult to new levels. While substantial opposition to the annexation does exist, as demonstrations the previous weekend showed, in the short term Putin's position and authority in Russia have undoubtedly been enhanced.

At present it does not seem likely that Putin has immediate designs on eastern Ukraine, let alone Moldova, Northern Kazakhstan, Estonia or anywhere else. But the actions and pronouncements of the past few weeks may have consequences that have not been fully thought through. It is clear that pro-Russians in Donetsk, the Transnistria region of Moldova, and elsewhere have taken their cue from Crimea in raising the demand for a referendum on unification with Russia. (Following this logic to its absurd conclusion, a group claiming to represent 50,000 Russian wives of Palestinians has reportedly written to Putin asking him to annex Gaza!) The problem now for Putin is that he is going to be under pressure from the more nationalist wing in Russian society to support those populations. He can either escalate the crisis further, or disappoint those demands.

Whatever successes the Putin regime may have had over the years in strengthening the state and achieving other aims for Russia's economic recovery, that role is now spent, and for a number of political scientists there is no longer any purpose to Putin's power other than enriching himself and his cronies. With the setbacks to the Eurasian integration project presented by Ukraine's withdrawal, and the abandonment of another key Putin aim of getting Russia accepted as a leading player on the world stage, the danger is that an ever more rampant and embattled nationalism will be what underpins his regime. Whatever predictability there was about Russian politics and foreign policy in the past has now been swept away.