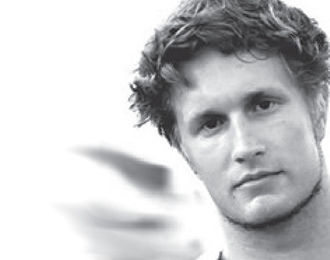 Finland has sealed a new deal for over 16.2 million euro with an Israeli information technology (IT) company. The Finnish Defence Forces (FDF) will purchase telecommunications networking products and maintenance from an Israeli IT company ECI Telecom (ECI).

ECI has been building the telecommunications network of the FDF for more than a decade, creating a situation in which Finland can buy certain equipment and maintenance only from ECI. Hence, ECI was awarded a no-bid contract by Finland.

As is de rigueur for any Israeli company in the business of weapons manufacturing or production of IT for military applications, ECI white paper openly proclaims: "ECI Telecom heads a number of leading companies. ECI Telecom and its associates are in a position to fulfill customer needs at every communications layer. This cooperation has been built through years of collaboration with the IDF."

In 2009, soon after the Israeli assault on the Gaza Strip, the IDF expressed its special gratitude to ECI in a ceremony titled Magen Miluim (shield of the reserves).

In the presence of the Defense Minister Ehud Barak, Chief of General Staff Lt.-Gen. Gabi Ashkenazi, former head of the Shin Bet Yaakov Perry and the IDF's chief reserve forces officer Brig. Gen. Shuki Ben-Anat, the Israeli army honoured a select few companies that are "exemplary" in their "reservist-friendliness".

Seeking to counter what appears to be an increase in tension between Israeli reserve soldiers and their employers, the IDF has started an annual tradition of acknowledging those employers which encourage their employees to serve in the IDF.

"These are companies which, through their actions, make it possible for their employees to complete reserve duty and then return to their jobs without any damage to their position or status," an Israeli army spokeperson's statement formulated.

The Jerusalem Post interviewed one of ECI's reservist employees, Gur Laish. Laish explained that he never felt uncomfortable in any way with ECI when he had to go for reserve duty. "And I've had to go a lot," Laish emphasised.

Laish elaborated on what is a common occurrence in the Israeli society, but one that might strike non-Israelis as rather atypical, namely the fact that a salient feature of the relationship between employees and employers in Israel has to do with reserve duty considerations. Most Israeli companies have employees who are serving regularly in the reserves.

"If it was during Defensive Shield, the Second Lebanon War or just now in Gaza, I'm a combat reservist, and my unit is drafted anytime there's a full call-up. They've never made me feel like I was burdening them or something was wrong," Laish told to The Jerusalem Post.