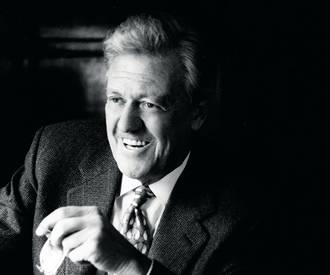 The European Union is currently an uneasy one. Evolving from the European Coal & Steel Community (ECSC) in 1951, signing the EEC Treaty of Rome in 1957, the original 6 members – Belgium, France, Germany, Italy, Luxembourg and The Netherlands have increased the EU membership to 28, the latest to accede being Bulgaria and Romania in 2007 and Croatia in 2013.

So far, nobody has left the Union, but some members have hinted that they might do so. The United Kingdom has reiterated at regular intervals its dissatisfaction with the present structure and three members – the UK, Sweden and Denmark – have declined to enter the Euro zone, which in the last five years has had wobbles, troubles and tribulations.

The EU can, however, count its achievements, which continue to be prized by most members. These include, above all, prolonged continental peace, but also removal of dictators, strengthening of democratic institutions, social benefits, human rights, independent judiciaries, a single currency, free movement of labour, relaxed border controls, bail-outs for fragile economies, lower tariffs in a market of 500 million and a general enhancement of “soft power” in world affairs.

Nevertheless, current unease and, in some cases, outright dissatisfaction with the existing European structures have manifested themselves in the rise of rightist political parties that were formerly somewhat marginal, but now threaten to be pivotal in future elections. These include UKIP in the UK, Forza Italia in Italy, Golden Dawn in Greece, the Party for Freedom in The Netherlands (led by Geert Wilders), the Jobbiks in Hungary, Marie Le Pen’s Front National in France, even the relatively moderate True Finns party in Finland. These parties are likely to considerably increase the number of their seats in the European Parliament and gain pivotal roles in their national politics. Most discontent, apart from criticism of over-bureaucratic edicts emanating from Brussels and waste of money, swollen expense sheets etc. arises from migration policies which, say the critics, threaten employment prospects of nationals in various member states and abuse of social benefits by a flood of new arrivals.

While migration and refugee matters top the list of pressing problems, of greater import and interest is the issue of future membership of the EU and its likely direction and criteria for admission. Ukraine and Turkey – both bigger in area than any EU member – are obvious candidates, as are smaller fry such as Albania, Macedonia, Kosovo, Moldova, Israel and Morocco. Apart from strictly political considerations, what are the EU’s ambitions? Is it to remain a “Christian club” or are Muslim countries welcome to membership? Must territories actually be in Europe or do we go by a looser definition? Only a small part of Turkey is in Europe; Israel and Morocco have no such foothold. How stringent are humanitarian considerations or legal constraints? Are dictatorships acceptable? Does the EU want to be bigger? At times it seems unwieldy as it is. Given that the terms “Europe”, “Asia” and “Eurasia” are all arbitrary geographical concepts, could the EU (under another name) be expanded with the prime aim of constructing the world’s biggest market/trading bloc so as to compete better with rival giants China, India, the United States and (ultimately) South America. How competitive does the EU want to be in rivalling Chinese penetration into another huge emerging bloc – Africa? Where does Russia stand in all this?

This writer has in previous articles raised consciousness of the importance and influence of the great land mass of the Russian Federation, not only as a prime mover in the BRICs alliance but as a key player in a greater Eurasian context. Germany and France currently contend for leadership of the EU (Germany the stronger of the two). The latter, with its 80 million population and number 4 ranking in world trade, is incontestably the heart and engine of Europe and the European Union. Germany’s 82 million outnumber France’s 60 million, UK’s 59 million and Italy’s 57 million, but Russia counts with 146 million inhabitants, most of whom can be classified as Europeans. How European are the Russians? A comprehensive study I made of the Russian character during 2008-10 revealed the following traits in comparison with major European ones:

Where Russian traits in the left-hand column correspond strongly with those of certain European countries, the latter are placed alongside in the right-hand column. Therefore we see that Russian generosity, a well-known trait, is matched faithfully in Italy and Spain but not particularly in Germany. Russia shares outstanding technical ability with Germans and Nordics; countries in Southern Europe – Spain, Italy, Portugal, do not shine technologically. But these countries do match Russia and France in vision and imagination. Russian family closeness is similar in Italy, Spain and Germany, but not in Britain and Scandinavia. Russians openly show compassion, as do Italians and Portuguese, but Britons and Finns do not. You can find soul friendship in Russia, Finland, Germany and Britain but not so much in Latin countries. Russian courtesy is matched in Italy, Spain and Portugal, but not in Germany or Finland, where people are much more matter-of-fact. Russian love of ballet and theatre is shared by Britain and France, their love of opera by Italy and Germany. The best writers in Europe are Russian, British, French and Spanish. Russian sense of humour is matched in Britain, Denmark and Finland. Russian linguistic ability compares with that in the Nordic Countries and The Netherlands.

Different European countries show quite diverse characteristics, for instance Italian talkativeness and Finnish tight-lipped behaviour. What is remarkable about Russians is that they seem to possess all the European characteristics, while many other Europeans seem to exhibit only some of them. The loquacious, emotional Italian is almost the opposite of the modest, humorous Englishman, but Russians seem to adapt well to either. It is a question of breadth of vision – itself a Russian trait. This is a basic Russian quality – one that they have possessed for hundreds of years. This breadth of vision is enhanced by one or two Asian traits – stoicism, self-sacrifice, adaptability, face protection.

If one had to sum up Russian psychology and abilities in one word, “versatility” would come to mind. Being a natural land bridge between East and West, they have a certain facility in dealing with neighbours from both sides. With land borders with 14 different countries, remoteness from other nationalities is never an option. Whether Russians like it or not, leadership beckons at all turns.

The creation of the Eurasian Union (EAU) is a current Russian-inspired venture and interferes with Ukrainian aspirations to join the EU. As such it is contradictory in nature to any Russian inclination to cooperate with the EU. But how about the long term? How huge will the Chinese commercial clout be in 2050 and beyond? Neither can American dominance be discounted. Coordination between the EU and the EAU – Kazakhstan, Kyrgystan, Armenia, Tajikistan , Belarus, and possibly Uzbekistan, Turkmenistan, Azerbaijan, Ukraine, Turkey and Mongolia would engender impressive growth in population, land area and assets, hindering unstoppable Chinese or Indian roll-outs across Eurasia. It is long term thinking, but might be a better option for Russia than just facing east. It would be a northerly side-step, focussing less on the bustling economies of south and south-east Asia, but given the Russian Federation’s reach and interest in Arctic latitudes, it might be an alluring choice. Russia’s excellent cross-border and trading relations with Finland – a dutiful EU member – show that collaboration with the European Union can be mutually beneficial. In the future, Russia and the EU might need each other more than they presently believe.

For information regarding this piece, or about our training courses, please contact: This email address is being protected from spambots. You need JavaScript enabled to view it.