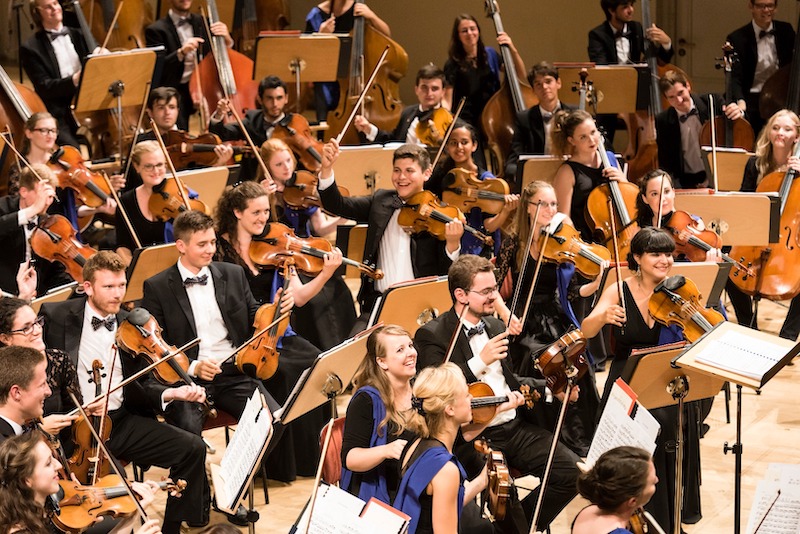 Innovative side by side activities with young Finnish musicians, open rehearsals, community performances across Helsinki and a cultural debate: this is the Helsinki Community Day, dedicated to reach diverse groups of people in the city of Helsinki, which hosts the musicians during their first orchestral residency in Finland. There are three main series of events which will happen throughout the day, all supporting the EUYO's focus on new and young audiences:

HELSINKI MUSIC GALLERY is a series of free, informal chamber music concerts by EUYO musicians spread out across 10 unusual venues across the city: the Stoa Culture Center Itäkeskus, Encanto Art Café, Vuotalo Culture Centre, Malmitalo Library, Culture Factory Korjaamo, Rock Church, Helsinki City Museum, Cable Factory, Allas Sea Pool and the Oodi library. Performances will include more than 70 pieces of music from more than 60 composers from across the world. A chance to hear something new for free!

EUROPE SIDE BY SIDE at the Musiikkitalo Sonore Hall will see students of the Sibelius Junior Academy and the Tempo Oulu El Sistema Orchestra join EUYO musicians and perform together under the direction of Finnish conductor Taavi Oramo in rehearsals and a free performance (with limited seats available!) at 16.30.

YOUNG EUROPE SPEAKS at the Musiikkitalo Paavo Hall is a part of the European Year of Youth 2022, with 95 EUYO musicians and up to 100 young Helsinki musicians and dancers and guests will take part in an open discussion and debate about the future of culture for young people in Europe, moderated by Dr. Guadalupe López-Íñiguez, and presented by the EUYO, The Observatory for Arts and Cultural Education Finland and The Center for Educational Research and Academic Development in the Arts, in cooperation with the Finnish Ministry of Education and Culture.

The Helsinki Community Day precedes the PEACE IN EUROPE concert on 3 April in Musiikkitalo's Main Hall, part of a series of concerts taking place in countries across Europe from the Baltic to the Mediterranean and the East of Europe to the North Sea, all dedicated to the cause of peace in Europe and to highlighting the plight of victims of violence. The EUYO has a great tradition of presenting peace concerts, with recent events such as commemorating the 100th anniversary of the end of the First World War in the presence of world leaders in Paris in 2018, and in Berlin in 2014 and 2019.