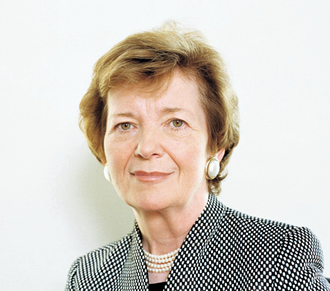 Global warming and climate change present humankind with one of the greatest challenges in the history of our species. While there is now broad acknowledgment of this fact, for those of us in the world’s most developed countries, our awareness is often abstracted: We see climate change as just an environmental problem that will somehow be solved, or our view is shaped by the kind of horrific disasters that make for sensational headlines and gripping news footage. Then we forget all about it until the next disaster flashes across our screens.

What shouldn’t be overlooked is that the effects of climate change are cumulative. They do not always take the form of extreme natural disasters. Climate change is already having a profoundly adverse impact on poorer communities around the world, as they experience, for example, a heavy rainfall that destroys a farmer’s entire crop during the normally dry season. The people most affected – women, children, and the most vulnerable – are the least responsible for causing climate change, and also the least able to cope.

Putting aside the worst-case scenarios of a much hotter world, we need to face the present reality that climate change is already disproportionately affecting the daily lives of hundreds of millions of people in a way that jeopardises their fundamental human rights.

I’ve become increasingly aware of this during my years traveling to many of the world’s poorest and most underdeveloped countries, where I’ve seen how climate change is threatening food supplies and sabotaging development goals.

Climate change is an issue of both human rights and fundamental justice. Developing countries’ fossil-fuel consumption is undermining the life chances of very poor people, and, unlike those of us in developed nations, those people are largely helpless in response to the climate shocks of severe droughts, catastrophic storms, and floods. They don’t have insurance, and their governments don’t have the means to provide climate adaptation strategies.