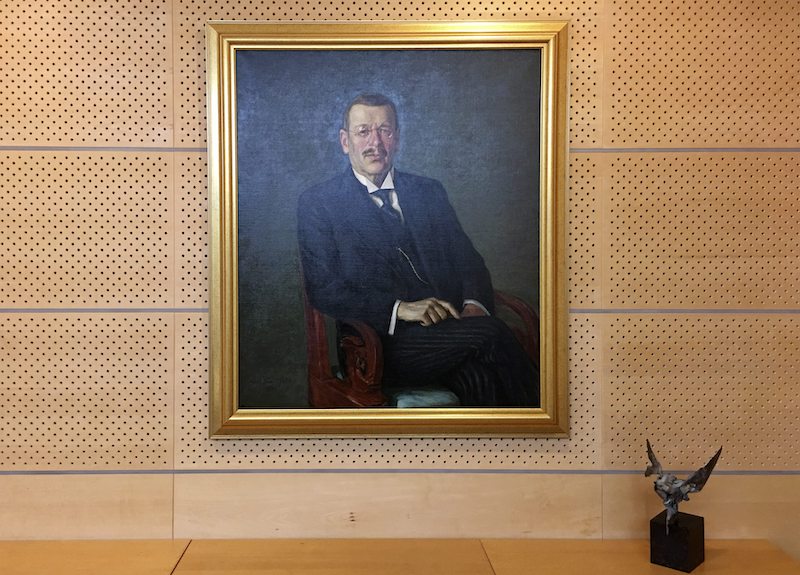 Many people, both at home and abroad, have wondered about the easy and unbothered way in which Finland has left its military non-alignment policy behind. Nostalgia for the past seventy years, with its assertions of neutrality, politics of friendship, and bridge-building, is limited in a tense new world.

The easy explanation is that we gradually freed ourselves from these roles and doctrines. The termination of the YYA-treaty with the Soviet Union, and joining the EU were the decisive milestones, while Nato membership is a confirmation of this choice of path.

Between 1956 and 1991, I lived and worked in a Finland which at the time was obliged to consider the geopolitical interests of the Soviet Union in our foreign and security policy. For me, it is important to say a well-reasoned farewell to this epoch - without nostalgia. After all, we detached ourselves more or less unscathed from the eastern sphere of influence.

When I started studying political science at Helsinki University, all the leading professors in the field were convinced proponents of the kind of politics which had been formed after the end of the war, and which were personified by President Paasikivi. He represented the traditional style of Finnish compliance during the Russian period up to 1917. He was a peace negotiator and decision maker in 1920, 1940, 1944, and 1947, and President during the dangerous years until 1956.

It is therefore easy to forget that Paasikivi simultaneously strongly advocated for contacts to the West, with the Nordic countries and Europe. He took every opportunity to extend these contacts. He never trusted the eastern superpower’s intentions, his diaries revealing his realistic mindset. During his time, we lacked allies, which in turn limited the freedom of action. It is not completely exaggerated to claim that Finland’s choices after 1991 are a follow-up to the doctrine of Paasikivi.

Paasikivi experienced both a weak and a strong Russia. Now, the country is in an expansive and revanchist phase, which has caused our reassessment. It is impossible to predict how long this phase will go on for, as difficult as it is to predict the role of Nato in the long term. Russia demands security guarantees, while ignoring its neighbouring countries’ needs for similar guarantees.

Every historical crossroads usually comes with disagreements: How to interpret the basis of a decision: Did we make the wrong or right choice? This also applies to the present moment. There will be those who embrace the Russian interpretation, that the war in Ukraine was forced by Nato’s broken promises and eastward expansion, which threatens Russia's security. They claim that Russia is simply acting in defence, and that we have come to the wrong conclusions about the actual Russian threat.

Claims about broken promises is a complicated question which is not answered briefly. I therefore refer to the book “Not One Inch,” by Marie Elise Sarotte, which thoroughly explains the process. The experienced Swedish diplomat, Thomas Bertelman, sums it up as follows: “Sarotte’s description at least dismisses the talk about conspiracy, false promises, or a planned exploitation of Russia's weakness. Perhaps her detailed depiction might be of some use when a new post-war order for co-existence with Russia - with or without Putin - someday shall be crafted.”

A new co-existence? Now that day seems a long way off, even without Putin. Paasikivi preached that we must always keep a watchful eye on the eastern neighbour, no matter what. His successor, Urho Kekkonen, was in my view guided by a fear of the neighbour, even if he also saw the value of us being anchored in the West.

The long road to our new alignment is beautifully illustrated by Hannu Himanen’s new biography of minister Jaakko Iloniemi, our 90-year-old foreign policy eminence. The diplomat, who served during Kekkonen’s time, appears as the paragon for the complex, but determined process towards a new epoch. Iloniemi likes to cite the saying: “When facts change, I am prepared to change opinions - how about you?”