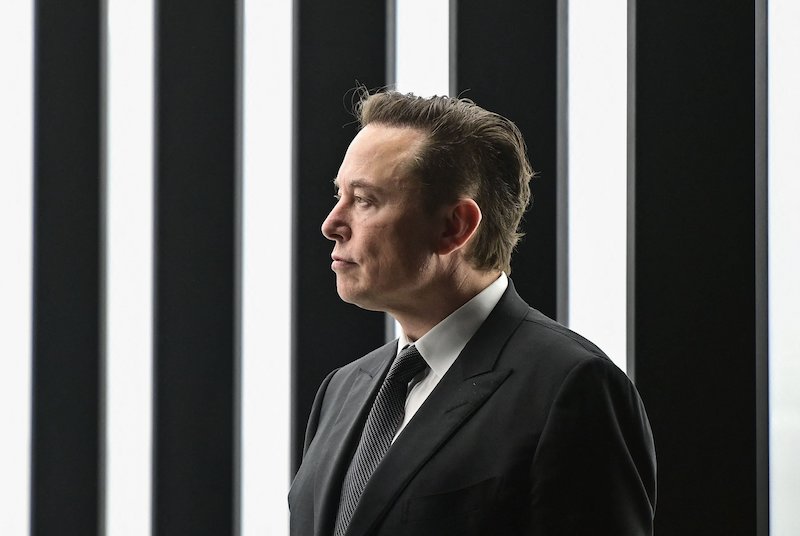 Tesla chief Elon Musk has launched a hostile takeover bid for Twitter, insisting it was a "best and final offer" and that he was the only person capable of unlocking the full potential of the platform. LEHTIKUVA / AFP

When Elon Musk bought the single largest stake in Twitter, then announced plans to acquire the whole company instead of just accepting a seat on its board, the response varied:

Hosannas from many on the "right" who feel like they don't get a fair shake from Twitter's moderation/ban policies.

Wails of anguish from many on the establishment "left" (not the real left -- that would be us libertarians) who've become accustomed to an echo chamber that "protects" them from THE BAD PEOPLE and their heterodox political views.

Perhaps the craziest take on the prospect came from former US Labor Secretary Robert Reich, who opined in The Guardian that Musk's "libertarian vision of an 'uncontrolled' Internet" is "the dream of every dictator, strongman, demagogue and modern-day robber baron on Earth."

You know, the dictators, strongmen, etc. who shut down social media which won't censor for them, and sometimes even attempt to shut down Internet access entirely if the peasants revolt.

My question isn't whether Musk should be "allowed" to buy Twitter (he should, if its shareholders are willing to sell). It's why he would want to shell out that kind of money for an old and busted platform with likely insoluble problems, when he could build something better, and likely more successful, for a fraction of the cost.

In many ways, Twitter is an ideal platform for seeing only what you want to see. You can block users whose posts you don't want to read. You can screen who's allowed to follow you. If you really hate some particular point of view, you can easily build yourself a "silo" to mostly hide that point of view from yourself.

Given those facts, Twitter's content moderation policy SHOULD be "grow up, wear a cup, and learn to use the block button instead of whining to us."

Instead, the company has developed a policy -- and worse, an entrenched culture -- of user content micromanagement apparently based on the slogan "for the love of God, won't someone PLEASE think of the Karens?"

If Musk buys Twitter, he'll inherit not just that policy but a workforce who've shown themselves willing, even eager, to enforce it. How many will quit or have to be fired to revive the platform after years of declining user numbers?

Instead of spending $46 billion on Twitter, Musk should spend $4.6 billion: $1 billion on initial infrastructure, $1 billion hiring a work force that's on board with doing things his way, $1 billion on promotion, and a $1.6 billion bonus to me for suggesting this.

He'd probably sign up 10 million users on day one and average a million a day for the first year. Especially if SpaceX launches and Tesla events stream exclusively on Muskrat (that name suggestion should bump my bonus up to $2 billion).

And all of us (well, except for Twitter) would be better off for more competition in the social media marketplace.