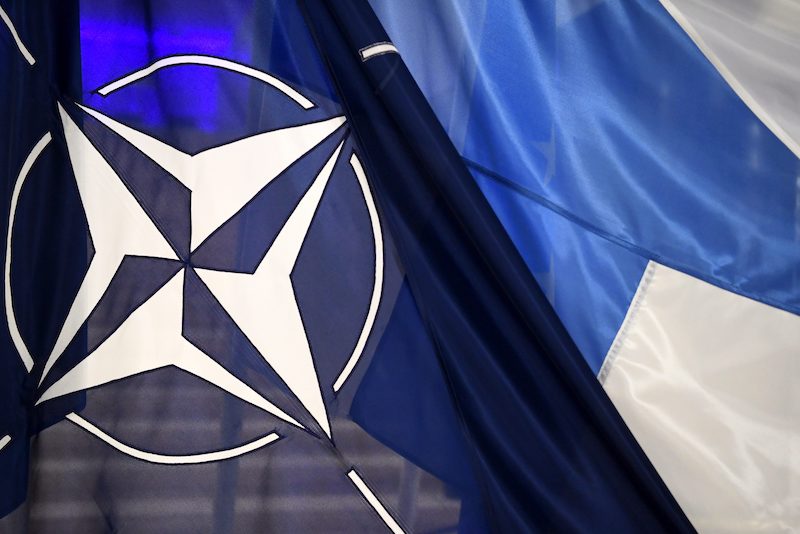 For the last 30 years I have seen the evolution of Finland into a country with unparalleled levels of prosperity and peace. It has been at the top of many global rankings from education to happiness. But I must have been living in some parallel universe. Amnesia now prevails in Finland and people forget everything that has been achieved and ignore the reasons behind the so-called Finnish success story.

Now I am surrounded by so-called experts wheeled into TV studios war-mongering about the events in Ukraine and how Finland is next in line. I see fear overshadowing policy decisions and the Twitterati stoking the fires calling for intervention and no fly zones. There seems to have been a collective collapse of sanity.

Is this because too many reside in their social media echo chambers where only those who agree are given access? Where history has been cancelled to meet identity restitution and the symbols of history are stigmatised? Or where the PlayStation indoctrination to violence has created generations oblivious to the sacrifices of those gone before? Perhaps they believe that with the click of a button everything changes and there are no repercussions?

People seem to forget that since 1944 Finland has extricated itself from an alliance with Nazi Germany and dealt masterfully with the Eastern neighbour. That Stalin, Khrushchev, Kosygin et al. provided an existential threat far greater than Putin. Have people forgotten Hungary 1956 or the Prague Spring in 1968 or the threat that cold war nuclear war presided uneasily in the shadows and was nearly unleashed during Khrushchev’s intrigues in Cuba?

Yet Finland has adroitly navigated these turbulent waters for the last 70+ years. Why are people now immersed in historical amnesia and oblivious to the key causal drivers behind this journey?

Finland post 45 embodied the true Machiavellian Prince. Decision makers realised that sovereignty is a myth and not reality. That their geopolitical status demanded political astuteness in non-alignment and that they could be a conduit between East and West. There was the intellectual awareness that acting as a mediator was healthier than being a combatant as Ahtisaari and Holkeri would testify.

But now fear and historical amnesia prevails because NATO beckons and the Finnish Machiavellian Prince is replaced by Master Chief from Halo. Before this tragedy unravels, readers might want to consider:

- Trump was castigated because he asked NATO members to pay their dues, it has become a hollow defence alliance over many years. Do you really think replacing your intellectual acumen with an AR-15 is going to ensure national security?

- The public in the USA and UK are war weary from the debacles in Iraq and Afghanistan. Finns must be deluded if they think British and American soldiers will come to protect Finland’s borders when they can’t even protect their own!

- Is Finland strategically important to anyone else other than the Finns? It offers very little as an occupied state but offers massive intangible assets such as R&D, IT, engineering excellence that can and are easily accessed by other powers. There is more advantage for potential predators to keep Finland intact than occupy it. This changes radically by joining NATO as it awakens the grievances and national historical sentiments of Russia and however unpalatable they may be, to ignore them is unintelligent.

If you want to walk the path of confrontation and join NATO, then cancel history, forget all the skills and knowledge you have cultivated and become a PlayStation character…

Graham Wood has been a lecturer at the University of Helsinki for over thirty years. He gained his Executive MBA from Aalto and his PhD from the Faculty of Social Sciences at Helsinki University where he researched collective violence. He is also a Fellow of the Higher Education Academy in the UK.