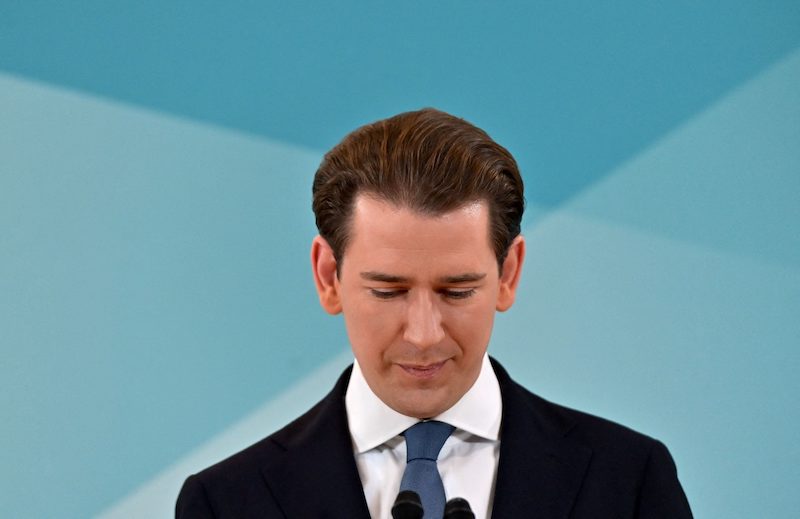 Former Austrian Chancellor Sebastian Kurz gives a press conference in Vienna, on December 2, 2021. - Kurz, long hailed a political whizz kid until resigning after being implicated in a corruption investigation, announced he is leaving politics. LEHTIKUVA / AFP

In my experience, there are basically three reasons why people run for office: ego, power, and money. I don’t mean to say this in a cynical way. As Sebastian Kurz, former chancellor of Austria, said, we are all humans.

Speaking of Kurz, he announced last week that he is leaving politics. The master of political communication that he was, he put a nice spin on explaining his exit. Apparently, the birth of his son was the moment that triggered the decision. While this might have been one of the reasons, I think that he also came to the conclusion that a fast return to the chancellorship is unlikely. In fact, the chances that we will hear more accusations and learn new revelations over the next weeks and month are far bigger. Remember this: journalists usually know more about a scandal than what they write in their first piece, or they will soon learn more.

At 35, Sebastian Kurz still has decades of active life ahead of him. After ego and power, why not earn some money after all. Similar to other ex-chancellors and prime ministers, he might soon be offered lucrative book, speaking and consulting deals, or a top job in the private sector abroad. This is indeed a more appealing perspective than continue to be a target and number two for years to come.