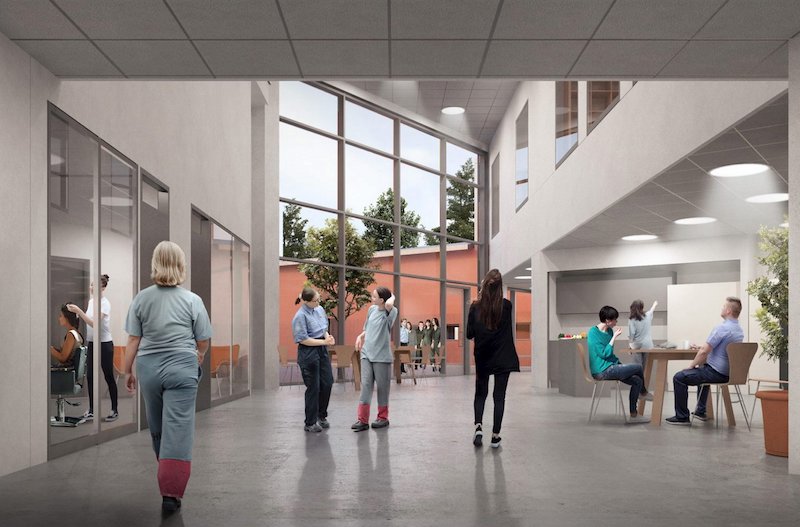 An illustration of a Finnish womens prison in Hämeenlinna.

In my last column for the Helsinki Times I spoke about why an independent Scotland would be a good fit for the Nordic Council. Since then, the SNP have proposed adopting a Finnish approach to Scottish prisons, in one of several moves in the recent past to further align Scotland with the Nordic nations.

Last week saw the SNP hold their annual conference, debating the future policy direction and agenda of the party. The party has gone from strength to strength recently, and a poll released since the conference has shown a majority in favour of Scottish independence.

During the conference, a motion called for a study to “consider other more successful models for dealing with criminal offences, such as the Finnish model”. Scotland's incarceration rate, whilst reasonably low globally, is higher than most other western European countries. Adopting a Finnish approach to the prison system, Scotland would hope to see a more successful rate of rehabilitation.

This is just one of a number of political approaches shared between Scotland and the Nordic nations over the past few years. One example of this, as Douglas Chapman MP pointed out in his response letter to my column, is also Finland's baby boxes. Much like the traditional Finnish box, the Scottish box contains many items necessary for new babies such as clothing, toys and hygiene products.

In 2020, a Finnish group of representatives visited Scotland in order to learn about the country's approach to mental health.
Tarja Filatov, leading the delegation, said that the visit's purpose was to “learn about Scottish mental health policies that aim to improve people’s wellbeing”. Finland's delegation met with a number of groups including the Mental Health Foundation Scotland, In a collaborative approach that aimed to see positive mental health developments.

There is no reason why further cooperative development of policy should not continue in the future. I would personally like to see further collaboration in the area of tourism. The first minister Nicola Sturgeon announced an agreement between VisitScotland and Icelandic tourism bodies in 2016. It hoped to ensure that both countries would work to learn from each other in the area of tourism and enhance the experience of tourists in both countries. I believe a similar style agreement could be beneficial to Scotland and Finland. Both countries attract a mix of outdoor/urban tourists and are eager to develop more sustainable tourism.

It is evident that as Scotland looks to its future and considers independence, it will reflect on the beneficial developments it has made in partnership with Finland. There is every reason for Scotland to continue this alliance in the future, in order to further benefit the development of both countries.

Anthony Heron is a Scottish freelance journalist. Having travelled the area extensively, his expertise is in political relations between the nordics and his home country.