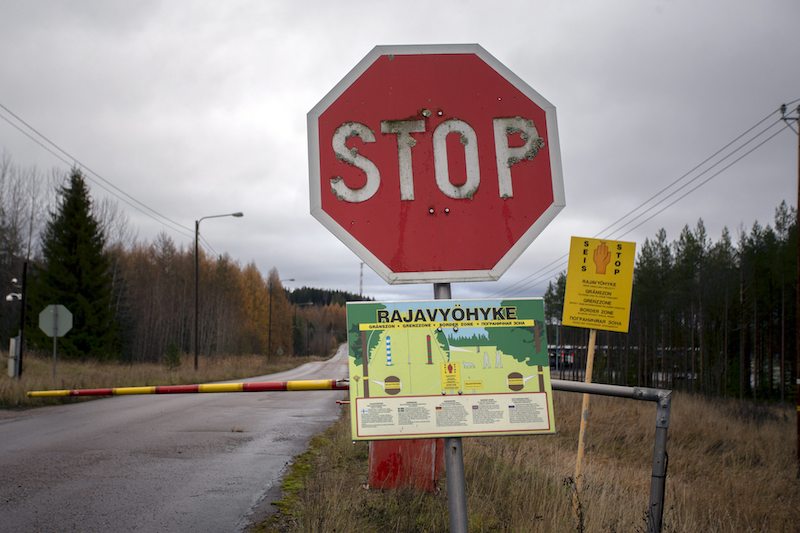 The Finland - Russia border sign at Pelkola, Imatra on 12th of November 2021.

"It is unlikely that Russia, the inheritor of Soviet Union, would relentlessly and temporarily renounce a century-long border doctrine, unless the motive is a major political upheaval."

When there are concerns about the eastern border and the opposition demands action, a cold calculation is important.

There are tragicomic components in the newly awakened interest in Finland's long eastern border. On the one hand, the border has a long historical and a deep emotional charge, and on the other hand, it is hair-raising that the border is suddenly made a hot domestic political issue that quickly polarizes opinions.

Of course, one has to worry about Alexander Lukashenko's hybrid operation and the model it offers to create chaos in a neighboring country. But should this lead to Finland also urgently building a (very long) protective wall along the eastern border? Would it really protect us if Russia opened its side of the border to a major migrant invasion?

If that happens, there is much else that has gone wrong in our Russia policy and in Russia's Finland policy. Then Russian restraint has ended and the threshold to NATO membership will quickly disappear in Finland. It is unlikely that Russia, the inheritor of the Soviet Union, would relentlessly and temporarily renounce a century-long border doctrine, unless the motive is a major political change of wind.

It is easy to agree with René Nyberg's analysis that such a long border can never be made tight enough without the participation of both border states (HBL Background 13.11). Even if you dislike boundaries in principle, they can be quite important. Finland's eastern border is not only a national border, it is a border between two completely different political systems and also a cultural and language border. The "value limit" is higher than a physical boundary wall can ever be.

With this spell of fright and the opposition demanding action, a cold calculation is important: Is it worth the cost to build border barriers that still do not hold if the neighbor decides to break agreements? - When our border began to leak in the north in 2015, it quickly ended when Russia noticed that the limit for the experiment was reached.

It was a useful warning when the political leadership was taken by surprise. If it happens once again, it is no longer a surprise and we will have the experience that is now being questioned. The unfortunate thing is that they publicly shout that there are gaps in the preparedness and demand that the government should clearly tell what the gaps are! New legislation is demanded at once: At the bottom is the True Finns' strong aversion to the asylum convention, now backed by three other opposition parties.

Mikael Wigell at the Foreign Policy Institute emphasizes that one must realize what the hybrid instigators are looking for: to sow division and create panic within the EU. Shall we reveal how worried we are about their methods and let such fear split and polarize us? Security issues should preferably be handled by consensus, not in front of an open curtain while the provocateurs smile.

With ice in our stomach, without succumbing to the old fear of Russia and cheap political demagoguery, Finland can certainly cope with this anxiety attack. This is best done by taking an inventory of existing toolboxes, perhaps by setting up a few kilometers of barbed wire to comfort those who want to believe that walls protect. The right forum to coordinate the needs and the right path is the Foreign and Security Policy Committee (UTVA), where the President chairs, and to subsequently consult the Parliament’s Foreign Affairs Committee.