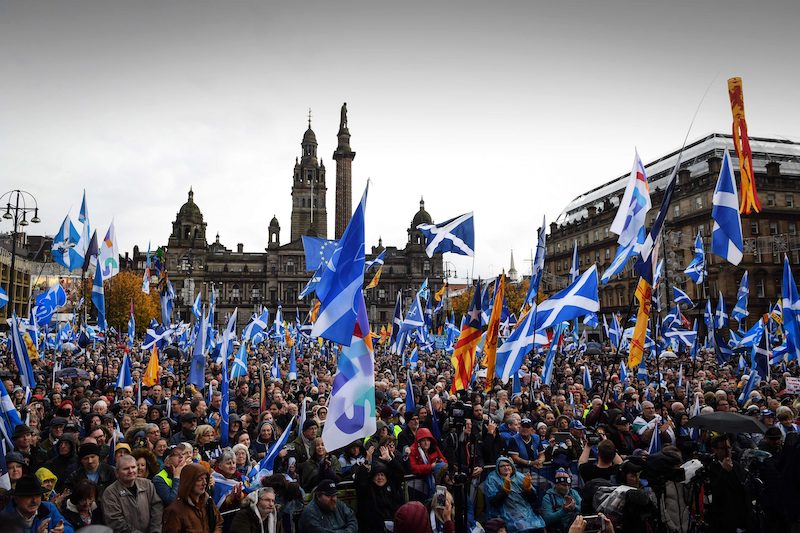 With the SNP securing their 4th consecutive term in the Scottish government this year, an independence referendum is likely on the horizon. Scotland must start to seriously consider its place in the world, distinct from the UK.

As the 2021 Scottish election came to an end, one of the more unexpected figures to offer Nicola Sturgeon congratulations was Finnish centre party MP Miko Kärnä. Kärnä not only seemed to support Scottish independence but also showed a willingness to see Scotland obtain observer status on the Nordic council. Whilst independence seems unlikely to some given the country voted against it in 2014, several factors including scandals within the UK government and leaving the EU have no doubt significantly impacted public opinion of unionism.

The Scandinavian nations have played a significant role in Scotland’s history, with traces of old Norse language still evident in Scotland’s islands. Modern Scotland is arguably more like the Nordic nations than it is the rest of the United Kingdom. Having shunned the conservative party almost entirely for a large period, Scotland has favoured many elements that are central to the identity of Nordic politics such as a robust welfare system. There are many advantages of having the country further align with the Nordic region and participate in the Nordic council.

The Nordic council’s support for Finland’s neighbours and post-soviet states has not only helped to reinforce their independence but has also ensured stability in the Baltic region. Stability is not just important to the Nordics in the Baltic region but also to the North Sea. The UK defence minister revealed in the past few months that there was reason to believe Russia is interested in influencing the independence debate. If this is true, it poses a risk given that the potential divorce terms of Scottish independence may leave the country weakened without the capacity of UK intelligence services. The council could provide a vital body to facilitate close cooperation on defence and security if an independent Scotland were to participate. This would echo the concerns of November’s Nordic council session, in which Trine Bramsen the Danish defence minister voiced “general trends in the region call for closer defence and emergency preparedness”.

Alongside other Nordic countries, Finland not only managed to reach its renewable energy targets for 2020 but did so significantly early. If COP-26 has proven anything it is that an international effort is required to tackle environmental issues. With a wealth of cleaner sourced energy such as geothermal stations, Nordic nations could work with Scotland to build a greener future.

Perhaps one of the most important areas that could benefit from Scotland’s engagement with the council is education and research. Much like the council, the Scottish government has also emphasized promoting multilinguistic skills in education and hope to protect Scotland’s traditional language of Gaelic. Surprisingly to some, Nordic languages are already somewhat integrated into the Scottish higher education system. Edinburgh University is one of merely two in the entire UK to offer Scandinavian studies degrees, with several others offering modules in further Nordic languages. This integration of societies makes it easier to promote further job markets in Scotland for Nordic citizens.

It is important that countries deeply consider their potential relations with an independent Scotland if another referendum is to take place. The misinformation spread during recent campaigns in the United Kingdom has proved now more than ever that the electorate needs to carefully consider information when voting on such an important matter as independence. Scotland may need to build strong international ties soon and forming relationships with Nordic states through the council would be mutually beneficial.