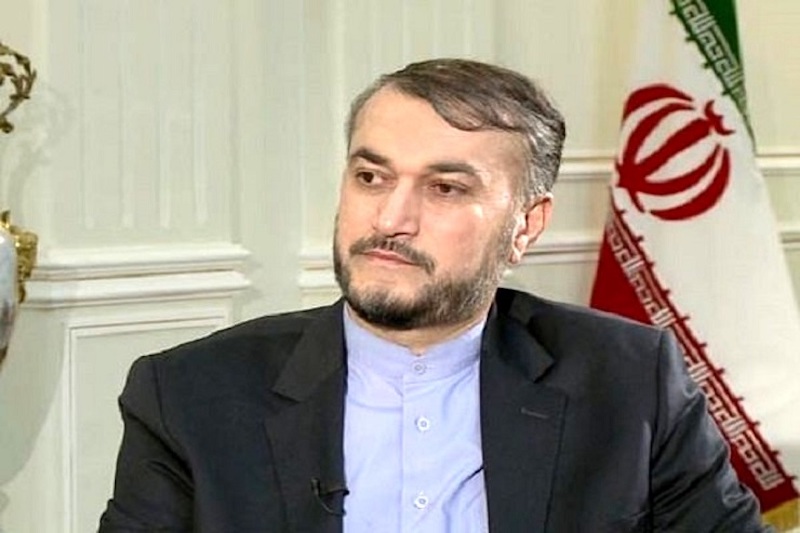 The presence of U.S. troops and their allied forces in Afghanistan, as well as their embarrassing, catastrophic departure, has left in its wake an overwhelmingly disorganized country and an agitated and anguished nation, causing an ambiguous future for a country which suffered military invasion in a modern fashion under the clichéd slogan of democratic development.

In 2002, when U.S. warmongers were recklessly invading our region in their unilateral practice to achieve the so-called globalization under the guise of "war on terror", there were voices which praised the insanity and envisioned a brighter future for the invaded countries. West Asia underwent developments at the time, but the developments were characterized by instability, war, and, indeed, lessons to learn. The state of affairs which has persisted to this day and has permeated the entire region has further fueled terrorism and extremism, creating an insecure environment prone to tensions and conflict.

This tragic period teaches a lesson to all of us in West Asia, not least to those who continue to pin their hopes on foreign powers. The lesson is the fact that outsourcing security and relying upon domineering powers is a pipe dream and an instable mirage.

This tragic history of Afghanistan's past is reminiscent of the authentic principle that the countries in the region must join forces and respond collectively to their people's questions and expectations and strive to create a more prosperous, secure, and stable environment. This valuable endeavor shall be materialized based not upon an imposed or hackneyed model but upon an indigenous, all-inclusive framework for regional cooperation.

Iran’s hand of friendship and brotherhood is always extended towards all countries in the region, neighbors in particular. Working in this spirit, Dr. Raisi, the President of the Islamic Republic of Iran, has started his great undertaking by placing on his agenda the formulation of a balanced, dynamic and smart foreign policy. On this new agenda, relations which neighbors and Asian countries is prioritized and the improvement of political and economic relations in the region by relying on historical, cultural, religious and geographical bonds will serve as the basis for new mobility and connectivity.  This framework demonstrates the profound belief that our commonalities in this region are much greater and stronger than our short-lived differences and grievances.

Today, the countries in the region have learned by experience that the objectives of sustainable security, welfare, and development are achievable only through regional synergy and cooperation among neighbors. Regional cooperation is aimed at reviving the opportunities and reducing the threats caused by geographical adjacency by relying upon the moral components of neighborliness. The new round of our joint efforts on Afghanistan serves as an important test for Afghanistan's neighbors by factoring in their extensive and diverse potentials in this regard.

The second meeting of the foreign ministers of Afghanistan's neighbors in Tehran is a new step in diplomacy taken by the new government of Iran to improve convergence and regional bonds without the interference of foreign powers and based upon neighborliness and to lay the foundation for the participants to adopt real and practical decisions in order to assist the people of Afghanistan in resolving the current crisis in their country, including by countering insecurity and multi-dimensional threats and reducing poverty.

Today, after four decades of insecurity in the country, Afghanistan's neighbors consider the improvement of people's security and livelihood as the cornerstone for stability and development and the formation of an "inclusive government."

Iran and Afghanistan are two friendly and brotherly neighbors with historical relations and abundant bonds, ranging from a shared comprehensive historical-civilizational area to religious, cultural connectivity, and the Persian language which has bonded the two countries together.

In all sensitive and decisive stages of Afghanistan's history, including the time of struggle and resistance against occupation, the Islamic Republic of Iran has stood with the Muslim and neighboring nation of Afghanistan. The new government of the Islamic Republic of Iran attaches great significance to this long-standing history in its foreign policy.

And it is a source of delight that today there is a greater-than-ever consensus over the importance of neighborhood policy in Iran. There is no limitation on the expansion and deepening of relations with neighbors, most notably with Afghanistan which has a special position in the Iranian foreign policy.

Fortunately, all the neighbors of Afghanistan have this consensus that the country must be purged of insecurity and instability, that it should become a center for constructive and productive activities, and that the Afghan soil should not be used to launch threats against neighboring countries. As a pivotal country in the battle against ISIS and terrorism, and as a nation which has suffered the loss of its Great General, Martyr Qassem Soleimani, as well as other martyrs in this path, the Islamic Republic of Iran together with other neighbors emphasizes counterterrorism. In this regard, establishment of an inclusive government which serves as the sole cause of unity and cohesion among Afghanistan's people will pave the way for a bright future for Afghanistan and is an important theme for discussion at the Tehran meeting.

The neighboring countries want a stable, secure, and economically prosperous Afghanistan, emphasizing the fact that the issue of displaced people and the livelihood of Afghanistan's people required intense attention in the short-term. Now, with the termination of Afghanistan's occupation, with the help of international organizations and the countries in the region, necessary arrangements should be made to aid the vulnerable people of Afghanistan in their current ordeal. At the Tehran Meeting, we have striven wholeheartedly to explore avenues to resolve this chronic problem, proving that engagement and cooperation of the neighbors and the assistance of all the members is a vast and constructive potential which can put an eternal end to foreign domination and reliance upon extra regional forces.