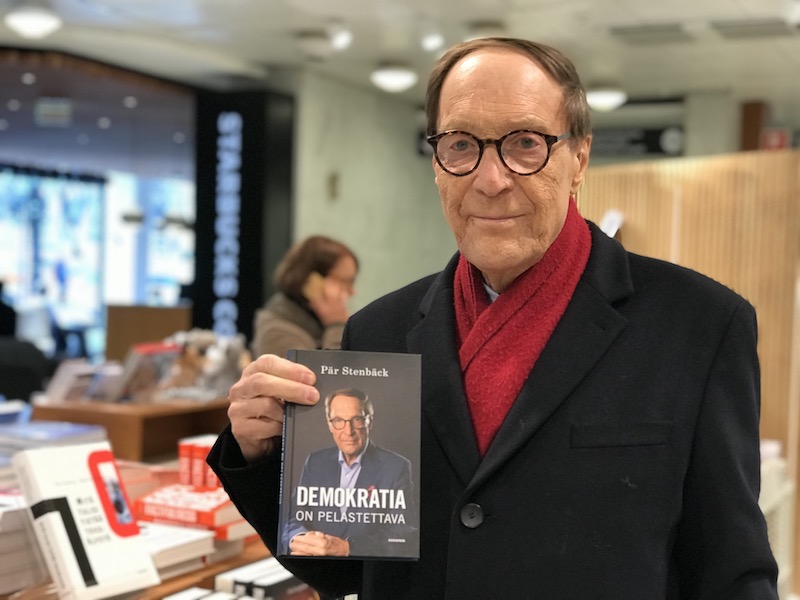 But August1991 was also a dramatic month: in a week, thirty years have passed since the failed Moscow coup. It could have changed the course of history. Instead, Yeltsin banned the Communist Party, Estonia became independent, and Ukraine left the disintegrating Soviet Union. The Balkan wars also started in August, first out was Serbia against Croatia.

Ten years later, in August 2001, the first board meeting of the newly established Finnish Children and Youth Foundation was held. I led its board for ten years and it is doing well at the twentieth anniversary that could not be celebrated this year. One month later, 9/11 in New York marked a dramatic turning point, followed by the US invasion of Afghanistan and the retreat that ends now, ten years later.

If you spin on the decade thread and see what happened in 2011, it was the year of the Arab Spring and Gaddafi's fall in August. Syria's civil war gained momentum and continues ten years later. One month earlier, almost eighty young people had been shot dead in Norway - by a right-wing extremist Norwegian.

Thirty years earlier, in August 1981, the Koivisto government was living in growing uncertainty. The presidential sessions once again revealed to us, the members of the government, President Kekkonen’s mental and physical weakness and a month later his sick leave began, which meant the final countdown after 25years. In August, Paavo Väyrynen started his attempts to torpedo the budget and overthrow the government.

Ten years earlier, the biggest event in August 1971 was undoubtedly the United States leaving the gold foot as a guarantor of the dollar. This meant the end of the Bretton Woods system that regulated the world economy after World War II. We were happily unaware of this because my wife and I spent the month in Tanzania, Kenya and Ethiopia, due to my position as the Finnish board member of the Nordic Board for Development Projects.

In domestic politics, the year was shaky and UKK dissolved the Parliament a few months after August.

A leap ten years back bring us to the night between 12 and 13 August when Walter Ulbricht ordered the construction of the Berlin Wall. The wall became a symbol of the Cold War for the next thirty years. In the aftermath of Brexit: Britain applied for EEC membership on 10 August 1961.

In 1951, the Korean War raged and the autocratic General MacArthur was fired. I diligently saved the daily war reports.

August 1941 offered war and drama up close. The headline in my future newspaper on August 12 read: "Thousands of Russians fell on the Ladoga front". The Finnish home front also suffered losses. In August, my hometown of Porvoo/Borgå was bombed and 28 people were killed outside the bomb shelter closest to my home. But my mother and I were evacuated to the countryside and thus this column became possible.

Minister (Hon,) has his birthday today.