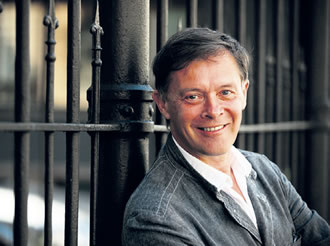 This mosaic of people with different religious, cultural and linguistic background has its roots in the pre-independent period of Finland, writes Leif Jakobsson.

MOVING back to Finland and Helsinki after many years abroad, I was frequently asked what I thought about the changes in the city. The change most people were thinking of was that Helsinki had become a more cosmopolitan and more multicultural place to live in. Yes, I could notice more foreign languages spoken in the streets and an added element of people of various ethnic backgrounds. But had the city become more diverse? Absolutely, when it comes to demographics – but not necessarily when it comes to spirit and mentality.

Through history, Finland has been a part of bigger enities. In older times, it was part of a mostly Catholic Europe; in the mediaeval era it became part of a different structure around the Baltic Sea. For the longest period, it was the eastern part of Sweden, and after that came a hundred years under Russian rule before our independence in 1917.

When I was young in the 70s and 80s, Helsinki for me, belonging to the Swedish-speaking minority, offered a rather wide spectrum of persons and groups with different backgrounds that reflected these historical changes. All of them were well integrated into society, but still proudly kept up both their culture and language. Among the people I met in my everyday life were Maria and Alexander, who both spoke Russian with their grandparents, aunts and uncles, though they were the third generation in Finland after the family left Russia at the time of the Russian revolution. They introduced me to the pleasures of Russian/Viborgian cuisine.

There were my friends Eva and Daniel, with their Jewish family background from Poland and Russia. A walk with them on Narinken or the Mosaic cemetery of Helsinki gave me a unique insight to a lesser-known history of the town. Unfortunately they both left Finland as adults. Both were artistic and talented and would definitely be a resource for Finland were they to live and work here today.

The sisters Helena and Aphrodite of my grandparents’ generation, two lovely ladies speaking old-fashioned Greek with each other, were members of the group of Greeks coming to Finland from the Black Sea region. Their father had been a dealer in tobacco, as had many others of their group. The old ladies always treated me to exotic sweets when we met.