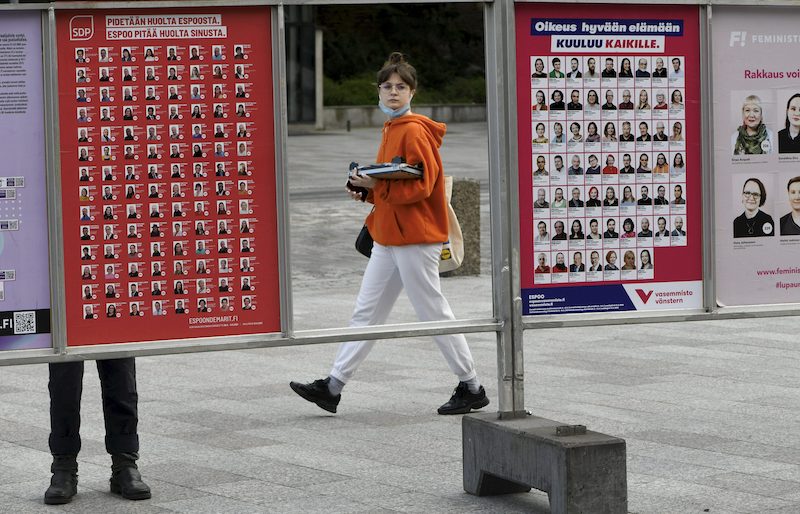 Running for municipal elections as a foreigner in a small city near Helsinki, without mastering the language, seems like a bad idea. It isn't if your goal is to improve stuff and not simply to get votes. This might seem like a detail, but it isn't. Professional politicians are obsessed with votes, it guarantees their relevance and salaries. And of course everyone needs to feel relevant, but politics should not be a job. It should be a civic duty and a right, and this must be changed fast if we are to improve politics itself.

The politics of small cities differs a lot from national politics or even capital cities as it is not so much about fame and fortune but about ideology. It is therefore of no surprise that in some countries like in Switzerland, city councils work more as direct democracies, away from the representational models. In some places, like in Glarus, this is even a century old tradition. Why does this matter? Well, the closer and more often you get to decide on things that affect you, the better. Believe it or not, the crowd is smarter than the experts, says science. In similar ways, our body thinks better as a whole than just with the mind. The Finnish architect Juhani Pallasmaa wrote a book about the eyes of the skin, portraying this phenomena so beautifully. This holistic understanding of ourselves is vital if we are to tackle the challenges ahead, of climate change, nuclear warfare, pandemies, etc.

Of course there is much conservatism in small places as in Lohja. Political parties play a big role here because they are institutions and people trust institutions in Finland (and this is good). In total we have around 10 parties here. The Greens, famous for having their list full with 76 candidates, the True Finns, the outsiders nationalistic ones (so far they have been super nice to me), the Swedish Party with their swedish agenda obviously (Finland was a swedish colony for over 700 years), the Animal Rights Party with its vegan agenda, the SDP, the big ones in power, the Kokoomus, also big but in blue, the Left Alliance, the lefties, the Christian party, also quite self-explanatory one, and Keskusta, the central party but totally right wing. I chose to be with Meidän Lohja (Our Lohja), a political group, not a party, as I do not identify myself with political parties.

I moved in here because I bought an abandoned old school here in 2019 (Hyrsylän Koulu), which was closed by the local politicians in 2015. So what better way to ignite a discussion than to organize a multi-party event at the same school the same politicians voted to close. We brought here 9 of the finnish political parties, 10 days before the municipal elections. And because no good decisions are done with an empty stomach or empty soul, we brought in live music and grilled sausages in collaboration with the World Music School. Candidates could speak on the horse wagon stage for 2 minutes to the local people and to the other candidates.

If there was one clear outcome of the event organized on the 3rd of July 2021 at Hyrsylän Koulu, is that everyone agreed on what are the most important things to do. This is not a trivial result, it is telling of how important it is to keep the face to face process in politics and not succumb to the manipulation brought upon by the (social) media that feeds from isolated people in their bedrooms.

Pedro Aibéo is an internationally awarded MSc Architect, MSc Civil Engineer. Founder of the Gamified Cohousing Oy, of the World Music School and of the "Cidadania" theatre+games group. A PhDc on "Architectural Democracy" at Aalto University, a drawing teacher and a Graphic Novelist.