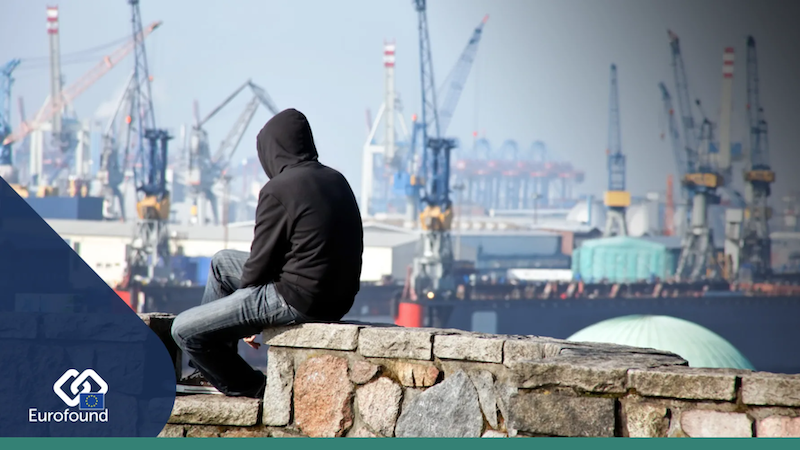 On 9 May, the Conference on the Future of Europe will get underway. Floated well before the COVID-19 outbreak, its timing in the wake of the seismic shifts precipitated by the pandemic, and its implementation alongside the European Pillar of Social Rights Action Plan, means that the outcomes could be far-reaching. Coupled with the parallel forces of greater digitalisation and climate change, Europe (and indeed the world) has seen a shift in the current paradigm

that has impacted the progress already made in multiple areas: intergenerational solidarity, work–life balance, gender equality, economic opportunity, even democracy itself.

The changes at play have clearly reset our understanding of the world we live in, our values and our goals. What will that mean in a post-pandemic society? How will it impact on the traditional labour market and economy? As we enter into this dialogue, we need to take stock of the inequalities COVID-19 has exposed, and the unaddressed issues that have magnified under the pandemic, so that we can define a positive future for Europe.

While it may be tempting to chalk down all our modern-day woes to the impacts of the Coronavirus, the truth is that, despite broad progress, long-standing inequalities in Europe were already festering before COVID-19 shook our lives, and their significance was already recognised in the 2017 European Pillar of Social Rights. The generational divide in the labour market, exposed by the 2008 financial crisis, was still to be seen a decade later, with long-term youth unemployment proving intractable, and the path to stable employment, security and home ownership as difficult to traverse as ever. The resilience of Europe’s youth in dealing with a new crisis was already diminished, and this has been borne out in research showing that young people had a disproportionately high risk of depression, loneliness and anxiety during the pandemic than the rest of the population.

Progress on gender equality, particularly closing the gender employment and gender pay gaps, was also slow, and greater equality in some areas was as much to do with the negative impacts of the Great Recession on male-dominated sectors, such as manufacturing, as with progressive, positive change across the labour market. Going into this crisis, women already shouldered a disproportionate amount of unpaid work and were overrepresented in sectors with a high level of emotional demands and burnout, most notably in healthcare. Issues such as low wages and difficult working conditions in the health and care sectors are longstanding but are now increasingly under the microscope as these workers are recognised for the critical value they provide.

Unfortunately, what has happened to women and young people in the labour market during this pandemic has not been unpredictable. At the onset of the pandemic in Europe, Eurofound published its Labour market change flagship report, which included data on the disproportionately high rates of temporary and other non-standard employment among younger workers and women in certain sectors, particularly in southern Europe. The specific nature of the impacts of COVID-19 on the labour market, with disproportionate impacts on services and sectors with higher rates of youth and female employment, picked apart much of the fragile progress that had been made over two decades in just a few months.

2. The world of work has changed permanently

COVID-19 has shown us how rapid change can disrupt the labour market almost overnight and destroy jobs. Within just a few months of a pandemic being declared, there were 5.7 million fewer people in employment in the EU. Much of this was not translated into unemployment statistics, as more workers moved into inactivity (not seeking work and therefore outside the labour market) than moved into unemployment (seeking work and available for work) or were furloughed.

Part of the challenge ahead is to maintain labour market stability, restore employment and look to meeting the 78% target of the European Pillar of Social Rights Action Plan. But this does not mean trying to set the clock back to 2019. Some jobs are gone and will never return. In their place, we have the opportunity to grow employment in new and developing areas, with a particular focus on those who have now found themselves out of work. If the conference is to count as a success, it must recognise that the labour market has fundamentally changed and take stock of how COVID-19 has impacted broader objectives around climate change and the digital transformation.

The mixed results of Europe’s great telework experiment show how far we have to go when it comes to capitalising on the benefits of the digital revolution, as well as tackling the inequalities hardwired into aspects of the digital economy. Telework became more widespread during the pandemic than anyone could have imagined but still remained the preserve of better-off white-collar workers in urban areas, with 40% of people in Europe with no access to a fast broadband connection. Many of the workers that did make it online were ill-equipped in terms of skills and equipment to carry out their work effectively, and, while it is true that businesses and workers have adapted, with operations able to continue and in some cases even thrive from kitchen tables, work–life balance and emotional well-being have been the collateral damage for many workers soldiering on in isolation.

The adoption of a European Parliament resolution on the right to disconnect is further recognition among policymakers of the need to react to this new reality and protect workers from the psychological toll of our ‘always-on’ digital age. But the work landscape will transform once again when workplaces reopen, and those who opt to telework – more likely to be women and people with health issues – may also seek the right not to be forgotten. This issue will not go away with the return of the office; it is one we will have to grapple with for years to come. The Conference on the Future of Europe, and the approach laid out in the European Pillar of Social Rights, presents the opportunity to give voice to those most impacted by these changes.

We have an opportunity now to address labour market precariousness for a large body of workers. The pandemic highlighted once again the vulnerability of workers with temporary and atypical contracts in times of crisis. In fact, it was particularly harsh on these workers, because the sectors most affected were precisely those that employ large numbers of workers on a temporary basis – hospitality, entertainment and leisure. Temporary workers accounted for well over three-quarters of the decline in EU employment, all of whom faced the double risk of being more likely to lose their jobs and less likely to be covered by short-time working or similar schemes.

Experience from the previous crisis suggests that we may go down a road of easy measures for short-term gain. For example, a default to temporary hiring practices in response to the uncertain economic climate or deprioritising climate change – overlooking the fact that an ambitious transition to a climate-neutral economy across Europe could bring significant dividends for both employment and economic growth in the long run. Likewise, the narrative around a ‘return to normal’ risks taking for granted the extraordinary efforts and sacrifices made by frontline workers. This is not limited to those working in healthcare and social services, but also those in retail, supply chains, food production and other essential sectors and services. Ultimately, short-termism that overlooks the labour market inequalities that have been exposed by the pandemic and does not set out an ambitious vision for the future will only further undermine the trust of citizens that our institutions are able to comprehensively respond to their needs and fundamentally improve their lives.

Rather than ‘recovering’ from a crisis like we did a decade ago, we can instead reset our expectations for our lives and reshape our understanding of what we can achieve in cooperation, across all levels and involving all stakeholders. The solidarity, creativity and goodwill demonstrated over the past year should inspire new confidence that accomplishing the goals critical to the future of Europe – such as climate neutrality and a more equitable society – is a real possibility.

What is certain, this time, we need to do better.