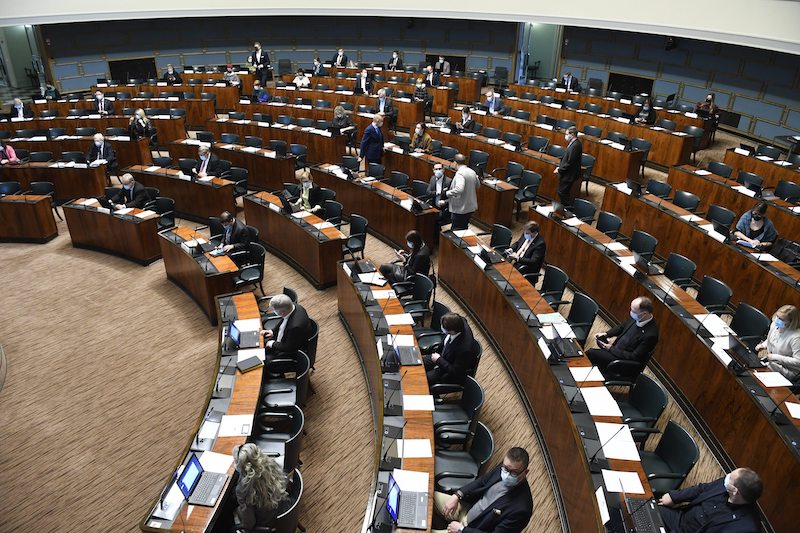 It is pretty common for The Centre Party to be the target of malicious comments in “Etelän media”, the media in southern Finland. The party is antediluvian, an anomaly, a special interest party that always betrays, and a treacherous negotiator that introduces last-minute proposal that favor them, to force the other’s hand. Already twenty years ago, it was said that The Centre Party was past its prime, but the party still managed to hold the fort.

Presently the antagonists unfortunately seem to be correct. The poll ratings are plummeting, and it could turn out to be a disastrous municipality election. The Finns Party are predicted to overtake the role of The Centre Party in many municipalities. Instead of celebrating the downfall of the old Centre Party, the other parties and political commentators should take a minute to think.

What does it mean for our national politics if The Centre Party is banished to fourth or fifth place in the party hierarchy? That would cause The Finns Party to take on a key position, regardless of if they become largest or second largest. This would, in turn, lead to complications in formation of future governments; when The Centre Party is not strong enough to secure a middle-block based on the so called red-soil (punamulta) alternative, with The Centre Party and SDP as foundation.

This, in turn, could lead to The National Coalition party having to choose between SDP and The Finns Party, which would probably cause a hard divide between the conservative right and liberal fractions within the party. If the Green League will suffice as adhesive depends on its future strength.

Why does The Centre Party seem to lose grip of their old voters? The process began during Sipilä’s business-minded cabinet, and was bolstered when the party joined today’s cabinet, despite their loss in the election. According to Paavo Väyrynen, the decline was due to the “city liberals” having taken control of the party. He probably labels anyone who does not share his opinions on the EU, the euro, and government-participation, as suspect “liberals”.

Perhaps the Centre Party has not fully realized the gravity of the powerlessness felt by rural people due to the quick urbanization? It awoke too late, when The Finns Party already spread their poison: ´The Centre Party has abandoned the countryside, are ruling together with The Green League, no wolf-hunting, and the fuel tax will be increased`. It is not until now that a new program for a living, decentralized and spacious country with flexible settling rights and advantageous online connections is developed.

If the Finns Party successfully latch on to The Centre Party’s traditional voter-areas, it would also be a loss for democracy. This populist party continues to question the legitimacy of the political system and would replace a party that has deep roots in the history of Finnish democracy. In a way, history repeats itself; backwoods communism (korpikommunismi) also spread false promises of salvation in the poorest rural areas after the war.

Without a serious and influential party of the countryside, close to a million Finnish people could lose trust in our democracy if the Finland they know is impoverished; if the countryside-school, police, and service disappears.

I have often criticized the politics of The Centre Party, but that does not mean that I do not see the importance of it. It is not needed in coastal areas. In these surroundings, I am hopeful that voters are immune to all forms of political conmanship.