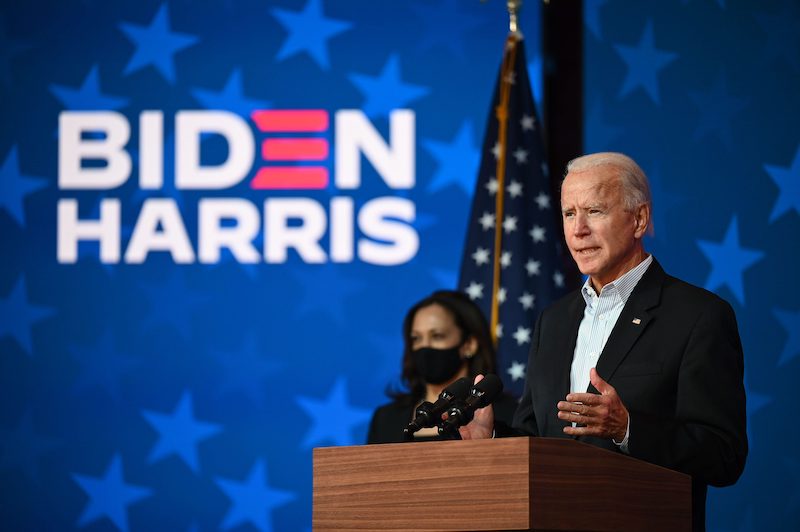 Those who think that the drama in The United States ends January 20, 2021 are probably mistaken. When President Biden takes over, a four-year trial period is initiated for the American democracy, and the result determines if the United States has matured or if Trumpism has come to stay.

It is sad to have to keep this threat in mind now that we can rejoice that the presidency at least is occupied by a sensible person for the coming four years.

Biden can surely put many things right. But his most urgent task is the hardest; to convince at least a portion of those 74 million Americans who voted for Trump that their choice might have damaged the democracy.

To blame voters for having cast the wrong vote is a bad method. Likewise, it is wrong to assume that all these voters are racists, ignoramuses or misled morons. Many of them calculated that it would be advantageous for them to vote that way, to vote with their wallet. For others, Trump was the only conservative option.

Biden claims he wishes to heal the society; building bridges by appealing to moderate opponents. This can prove impossible if these have sworn allegiance to Trump’s destructive rhetoric. When the lie has been normalized in politics, the public debate is no longer rational. The polarization runs deep but does not explain everything. Expert in United States politics Oscar Winberg (Åbo Akademi) has pointed out that the polarization is a good explanatory model, but that it takes on different forms. Negative polarization means that you support one party because you hate the other.

Asymmetrical polarization means that one of the parties, the Republicans, yet again have moved further away from the center, more than the Democrats have moved to the left. They no longer meet in the center, and the Republicans, even before Trump, have had minimal interest in building bridges because they do not want to admit that the Democrats run a legitimate movement. The positions are locked since party affiliation and social identity have melted together. A situation that runs contrary to this one is election outcomes in Great Britain, where the floating vote determines majorities.

What then can Biden do to stabilize the democracy, and stop Trump or his cloned version from coming back in 2024? His hands are tied if the Senate can stop his propositions of reform and the Supreme court also contributes. He must therefore, through various political means, show that his government cares about those who are thrown to the wayside or suffer because of the societal changes. Even if his foreign policy is successful, it barely effects the outcome 2024.

If Trump announces a 2024 candidacy as early as now, he might find it hard to keep enthusiasm high for four long years. A lot can happen that may shuffle the deck: Stock market prices, health care reform, and a growing fear of the climate change are factors that can influence people’s opinion. The fight for the right to vote, and the position of the immigrants will also harden.

If Trumpism returns it may spell the end for democracy in the United States, since the safeguards in the constitution are not strong enough to stop the slide towards authoritarian rule. Alexis de Toqueville, the observer from France, warned of this as early as the 1830s.